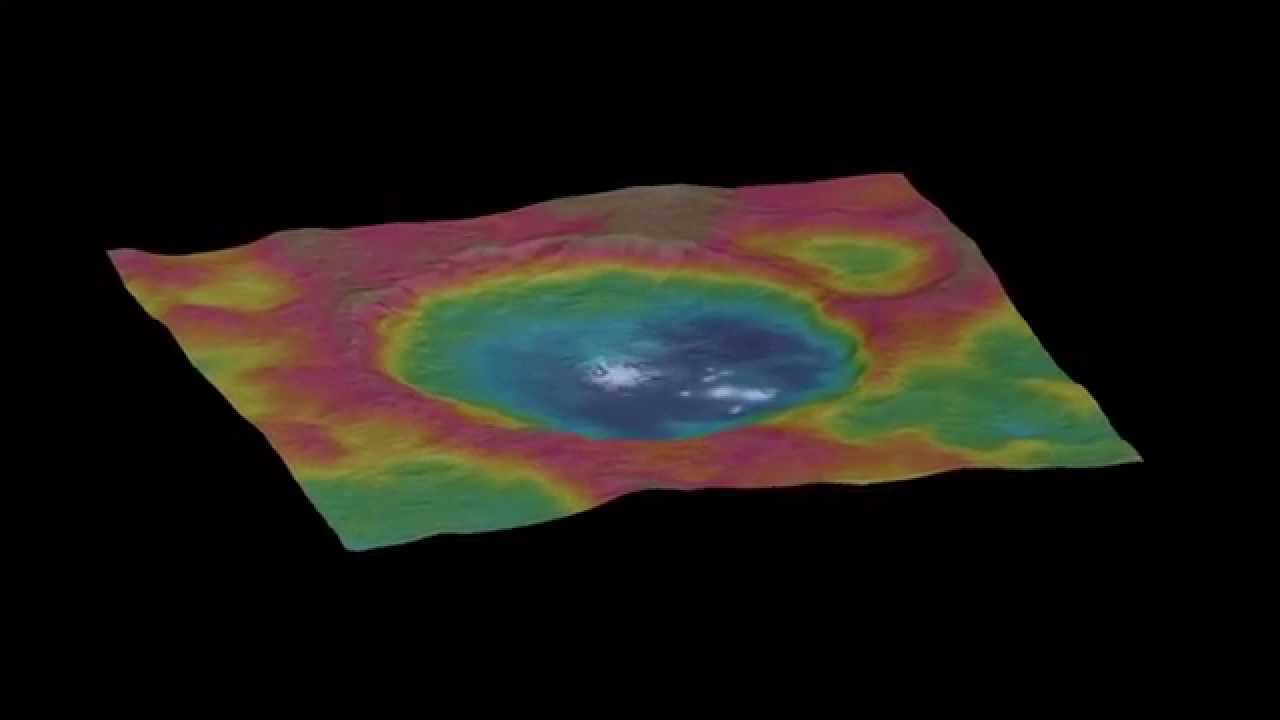 The bright spots on Ceres continue to baffle scientists despite a set of new images captured by Dawn provide a much clearer view of the spots and the crater in which they reside.

Snapped by Dawn while in its third mapping around the dwarf planet, the images have enabled scientists with the mission to create an animation as well. The images were captured by NASA’s spacecraft at an altitude of 915 miles (1,470 kilometers).

Some of the possibilities are that the source of the bright spots could be either salt or ice deposits. Scientists are not ruling out the option of it being a geyser or a volcano as well.

Earlier in July, Christopher Russell, Dawn mission’s principal investigator, revealed that team wasn’t too keen on the idea that the source of the bright spots were ice deposits, but were increasingly inclined to believe that it was because of reflection from salt deposits.

At the time Russell had said that the team didn’t get enough measurements to say for sure what those bright spots are and were waiting for the spacecraft to get close.

In its third mapping orbit, Dawn has already completed two 11-day surface mapping cycles of Ceres and began its third a couple of days back. During one of its previous mapping cycles, Dawn snapped awesome images of the Occator crater which is home to the dwarf planet’s bright spots.

Owing to the brightness of the spots, the mission control team had to combine two different images into a single composite view so as to provide a proper view of both the bright spots as well as the surroundings. Based on the set of images captured by Dawn, the team has also prepared an animation that provides a sort of virtual fly-around of the crater.

From the images and other scientific measurements, mission team has revealed that the depth of Occator crater seems to be well over 1 mile and its rim – at a few places – is almost vertical rising steeply for 1 mile (nearly 2 kilometers).

Though mission scientists have talked about the beauty of the crater and the bright spots, they have refrained from revealing details about the source of the brightness of these spots. We believe we will be hearing more from the team over the course of next few days.