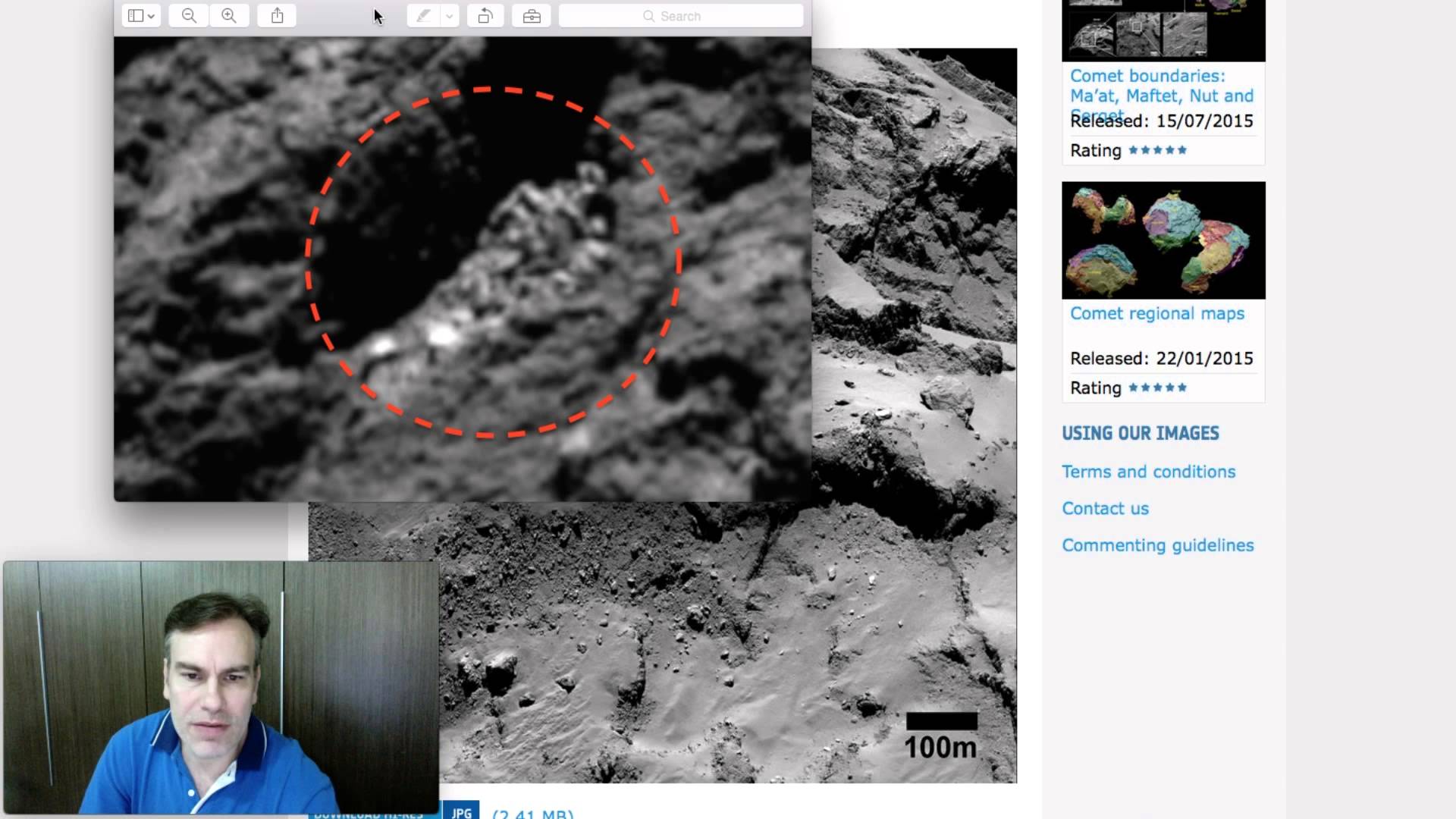 Alien on Mars conspiracy theorists have shifted their attention to European Space Agency’s Rosetta mission for a while it seems as a new report claims that they have spotted a 80-meter long alien corpse buried on comet 67P that Rosetta is orbiting at the moment.

The claims come from Scott Waring of UFOSightingsDaily, who is confident that the image captured by Rosetta of the comet shows of an alien corpse. The image, according to Waring, shown a decomposing corpse of an alien, which is roughly 250 feet long.

Waring goes on to claim that from the looks of it, the bones of the alien seem to be metallic and that the lower body bones are spread out. Further, he even says that the skull of the alien is clearly visible with the neck and the lower chest and ribs.

The alien enthusiast dismisses the whole thing as not being extraordinary as he is convinced that the thing he is seeing is a corpse of some kind of gigantic extraterrestrial on the surface. In the YouTube comment, he even claims that the extraterrestrial was probably working on the comet to keep the technology that makes the comet songs working until he decided to die one day with a view of the Universe.