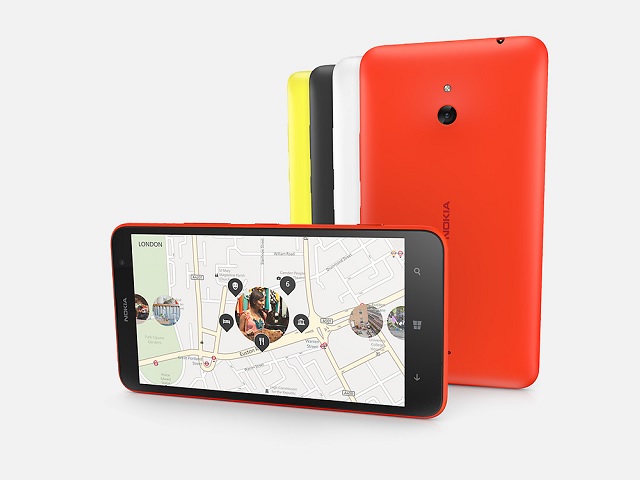 Possibly one of the best phones when it was released, the Nokia Lumia 1320 is one of the biggest screened smartphone from Nokia at a massive 6-inches.

With generally good reviews, the Lumia 1320 has mostly been admired for the large screen, great battery life and ability to capture 1080p videos.

At 720p HD resolution, 4G LTE connectivity, smart design available in a range of colours, Nokia did a great work with the phone. Both perfect for consumer use as well as professionals because of the big screen, the Lumia 1320 was seen as a smartphone that was for business users with flexibility like that of consumer phones.

Out of the box features such as OneDrive, Microsoft Exchange, Office 365, Lync, and notes gives the smartphone a ‘made for business’ feel and enterprise level security gives you peace of mind wherever you go.

The phone runs Windows Phone 8 and once Windows 10 for Phones is out, you will be able to install it easily. There are users who have already registered for the Windows Insiders program and have installed the latest OS preview and reviews are definitely on the ‘good’ side of the spectrum.

The 8GB Black Nokia Lumia 1320 unlocked smartphone is being sold by Telephones Online and fulfilled by Amazon.