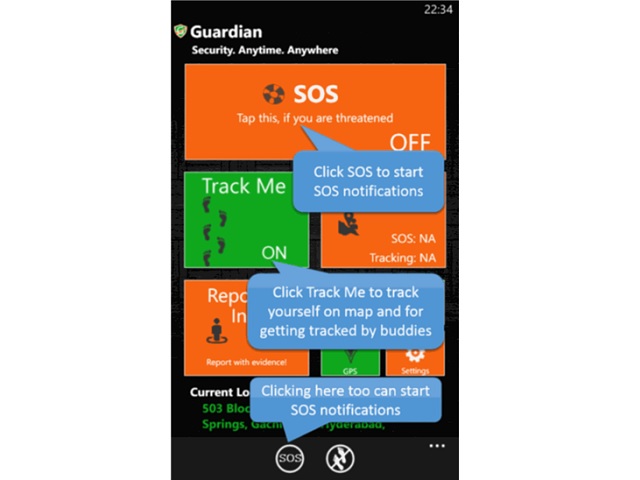 Microsoft has announced a new Windows Phone app aptly named âGuardianâ with the aim of protecting women in India.

The ‘Guardian’ which is a Windows Phone exclusive for now will allow its users to call for help by just tapping an âSOSâ alert button. The app will allow its users to connect to police, emergency services like hospitals, and other security agencies. Users can also enable âtrack meâ feature that will let their friends and family track them live through the use of Windows Azure cloud services and Bing Map APIs.

The app was developed by six Microsoft employees over a period of six months. “Our employees wanted to do something to enable people to feel safer in our cities. So they used their spare time to develop Guardian”, said Microsoft IT India Managing Director Raj Biyani while speaking with reporters.

“It is a robust personal security app with more safety features and capabilities than any other comparable app available to Indian smartphone users today,” he added.

Microsoft revealed that users who would like to use the app will be required to add names of their friends, family members and security groups under the settings option. Once configured, in case of an emergency situation the app can be used to alert them by tapping âSOSâ alert button.

‘Guardian’ can also be used to record video through tap of a single button, which can later be used as evidence. The app is available for download through Windows Phone store here.