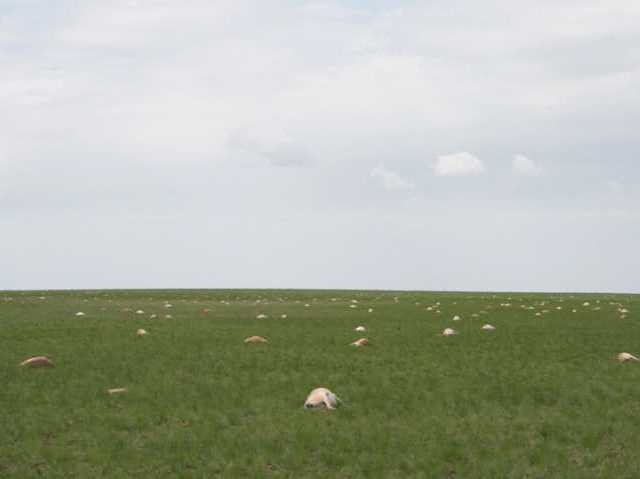 A couple of days back we covered a story wherein we reported deaths of 60000 antelopes in a matter of just four days and while scientists are of the opinion that it was a bacteria that caused the deaths, alien conspiracy theorists are blaming the cull on aliens!

Reports suggest that authorities in Kazakhstan are already aware of the role of aliens in the death of antelopes. According to UFOSightingsDaily, aliens are allegedly making use of an underwater base in the Caspian Sea which borders Kazakhstan for their experiments.

According of Head of Azerbaijan’s national Aerospace Agency, the allegations are true and that old USSR constantly monitored alien spaceships that were frequently recorded entering the water. The Russians didn’t reveal anything about these because of security reasons.

The report also goes onto claim that “aliens in the Caspian Sea base actually dislike everything about the country…including its wildlife”. The aliens are allegedly conducting experiments with bacteria and this is the bacteria which has been blamed for the mysterious deaths of the antelopes.

Scott Waring of UFOSightingsDaily is of the opinion that “this experiment, could be the 1st step into aliens creating a similar bacteria that will wipe out humanity, leaving the rest of the planet untouched.”

What did researchers say?

When geocologist Steffan Zuther and his colleagues arrived in to Kazakhstan to monitor the calving of the saiga herd, veterinarians in the area had already reported dead animals on the ground.

Researchers claim to have found clues as to how more than half of the countryâs herd died so rapidly. Zuther and his team suspect that ordinarily harmless bacteria are to be blamed for the saigasâ demise. But exactly how these normally harmless microbes could take such a toll still remains a mystery.

âThe extent of this die-off, and the speed it had, by spreading throughout the whole calving herd and killing all the animals, this has not been observed for any other species,â Zuther told Live Science.

âItâs really unheard of. The question is why it developed so rapidly and spread to all the animals.â