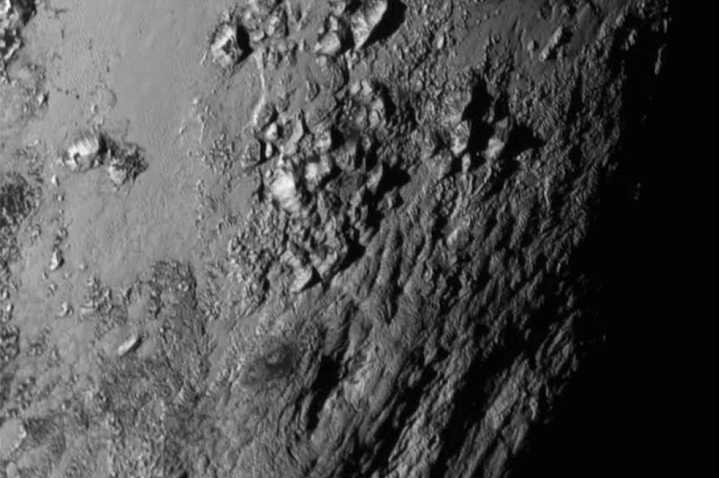 At over 3 billion miles away, New Horizons has a lot of work in its hands post the first ever Pluto flyby – sendingÂ the tens of gigabits of data it captured during its encounter with the dwarf planet.

NASA revealed through a press release thatÂ though it has been downlinking data from New Horizons ever since the flyby was complete, the process has now become more extensiveÂ from September 5. The downlinking of all the data will take months to complete possibly even more than a year as the bandwidth is very limited.

Radio signals are being used to downlink the data from the spacecraft and ground stations here on Earth located across the globe are the primary point of communication between New HorizonsÂ and mission control. Because of the distance at which New Horizons is currently at,Â a single bit of data sent from New Horizons takes more than four and a half hours to reach Earth as it needs to cover a whopping 3 billion miles.

New Horizons stopped sending data to Earth just before its closest flyby as it was programmed to concentrate on collection as much data as possible as quickly as it could as it sped past Pluto and its family of moons and store all the collected data onto its digital recorders.

The spacecraft first started sendingÂ lower data-rate information collected by itsÂ energetic particle, solar wind and space dust instruments. NASA says that the pace of downlinking picked up considerably on September 5 as it resumes sending flyby images and other data.

With New Horizons past Pluto, the typical downlink rate is approximately 1-4 kilobits per second, depending on how the data is sent and which of NASAâs Deep Space Network (DSN) of antenna stations is receiving it.

âThe New Horizons mission has required patience for many years, but from the small amount of data we saw around the Pluto flyby, we know the results to come will be well worth the wait,â said Hal Weaver, New Horizons project scientist from the Johns Hopkins University Applied Physics Laboratory in Laurel, Maryland.

Alan Stern, New Horizons Principal Investigator, says that images, spectra and other data types is what they had come for as that will help them understand the origin and the evolution of the Pluto system.

âAnd whatâs coming is not just the remaining 95 percent of the data thatâs still aboard the spacecraftâ itâs the best datasets, the highest-resolution images and spectra, the most important atmospheric datasets, and more. Itâs a treasure trove”, Stern adds.