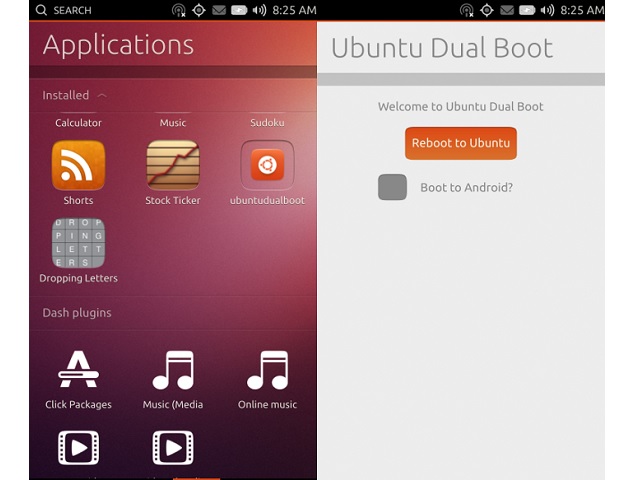 Canonical announced developer preview of its dual-boot tool that allows anyone to flash their Android device such that it will boot into Android as well as Ubuntu Touch. The tool is meant for people who are aware of partition layouts and are comfortable reflashing their recovery partition.

We are listing out the steps involved in dual-booting your device, but we would like to warn that the tool is still a developer preview and far from being bug-free.

Step 1: Logon to your Ubuntu desktop and add the repository and update it

Step 4: Download the installation script from here, make it executable

Step 5: Now you need to install the dual-boot âUbuntu Installerâ and to do so, run the below command while your Android device is still connected to your desktop.
If you are using a stock ROM without any modification e.g. without a SuperUser app flashed proceed with command under a) otherwise if you are using non-stock OS like CyanogenMod proceed with command under b)

Step 6: Do not worry if you device reboots several times after you execute the script. Once done you will have the âUbuntu Installerâ in the Apps section. Now to install Ubuntu type the below command in the terminal