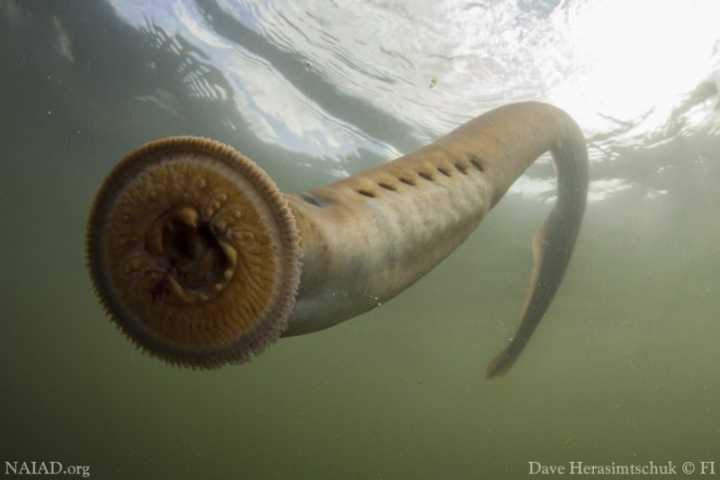 Lamprey, an ancient fish, which has been missing from the British rivers for nearly 200 years is slowly making a comeback, the Environment Agency UK has revealed.

This snake-like fish, which packs razor sharp teeth, is said to be the world’s oldest living vertebrate. One common in British waters, this fish was drove away because of the rising pollution levels during the Industrial Revolution along with the construction of mill weirs.

The Environment Agency has been working for the conservation of Lampreys by removing some river structures like weirs and because of lowering pollution levels, the “living fossils” are finally returning to rivers including the Ouse, Trent and Derwent.

Where barriers cannot be removed a range of innovative techniques are being trialled, including the fitting of lamprey âtilesâ, to help them navigate back to their old spawning grounds, the Agency revealed.

Low-cost and low-maintenance tiles with broad cones have been used to allow lamprey to use their sucker-like mouths to anchor themselves as they migrate upstream. Weirs which blocked the fish’s passage have also been removed and changes have been made to let the fish get past other obstacles.

A fisheries expert at the Environment Agency, Simon Toms said âFor the last 200 hundred years, some rivers have not been capable of supporting lamprey species as a result of water quality, poor habitat and manmade barriers.

âNow that water quality has improved and some of these barriers have been removed we are seeing lampreys return to the upper reaches of rivers such as the Ouse, Trent, and Derwent, where they were absent as recently as 30 years ago.

âThese are fascinating fish, living fossils, that have a special place in the history and traditions of this country, and we hope that with a helping hand from us they will be able to thrive in Englandâs rivers once again.â

Lampreys were once regarded as a luxury food, and were eaten by Romans, Vikings and royalty. Queen Elizabeth even sent a lamprey pie from Gloucester for her diamond jubilee in 2012, though the fish was imported from the Great Lakes in North America.

King Henry I of England was commonly believed to have died after eating a ‘surfeit’ of the fish.

Lamprey has also featured in the hit TV series Game of Thrones, with Tyrion Lannister dining on lamprey pie while discussing battle plans with his sister Queen Cersei.

There are 3 lamprey species found in rivers in England. The brook lamprey, which, as an adult, measures around 15 centimetres, completes its life cycle wholly in freshwater. Like many freshwater fish species, they require clean flowing water in which to spawn and migrate upstream to find suitable spawning habitats.