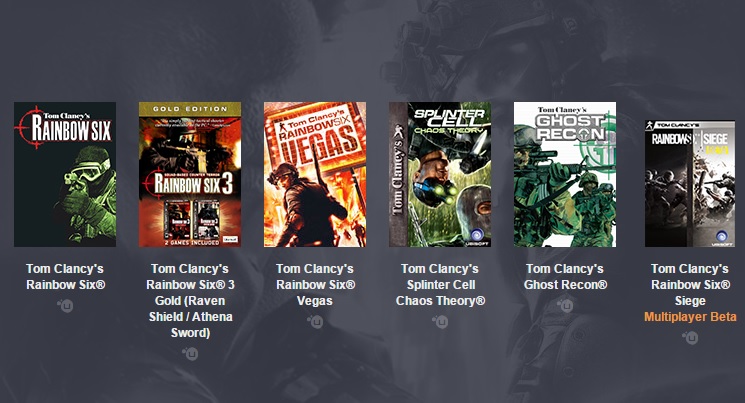 Humble Bundle – the pay what you want offer – has roped in Ubisoft to bring to you the Tom Clancy bundle that includes the Rainbow Six Vegas 2, Splinter Cell, Splinter Cell Conviction and additional unrevealed games and if you pay out $10 (Â£6.54) or more you will be granted access to Splinter Cell Blacklist and Ghost Recon Future Soldier.

“From today until September 14, paying at least $1 gets you five classic Clancy PC games, as well as guaranteed access to the Rainbow Six Siege multiplayer beta â and thatâs just the beginning”, Ubisoft notes in a blog post.

As it stands to get the bundle you need to pay more than the average of $8.36 to unlock the first four titles listed above. If you are a Tom Clancy fan and willing to pay more, you can shell out $75 (Â£49) and get all the titles plus the full pre-order copy of Rainbow Six Siege, an exclusive Rainbow Six Siege T-shirt and a voucher to get 66 per cent off any three Ubisoft titles in the Humble Store.

The offer has been running since September 1st and will run until September 14. One thing you need to keep in mind here is that the titles included in Humble Bundle are not compatible with Steam, so you would need a Uplay account as they are redeemable there only.

Ubisoft revealed earlier that the Rainbow Six Siege’s multiplayer beta begins on PS4, Xbox One and PC on September 24 while the full game will be launching on December 1.