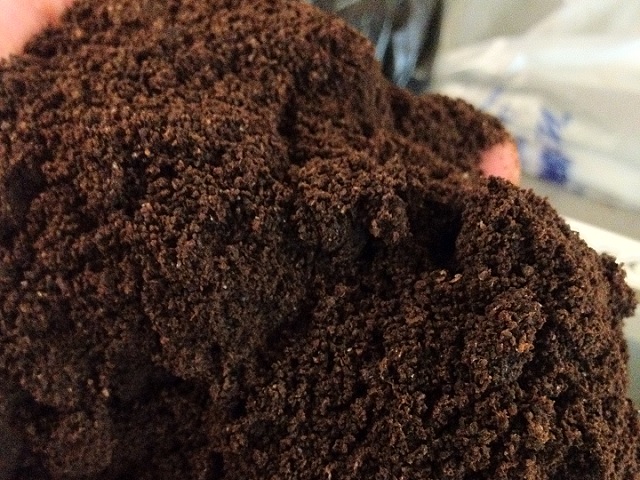 Carbon capture materials require a lot of time and money to make, but a new research has shown how simple materials like coffee grounds can be processed an converted into carbon capturing materials at very low cost.

Researchers at Ulsan National Institute of Science and Technology (UNIST), South Korea have come up with a novel idea of using coffee grounds to store methane. The process involving simple soaking and heating provides for a very cheap carbon capture material that is ready in just a day unlike other methods where it takes days.

According to researchers, methane capture and storage not only helps remove the harmful greenhouse gas from the atmosphere, but it also provides a fuel that is cleaner than other fossil fuels.

For their research, scientists first soaked the waste coffee grounds in sodium hydroxide and then heating this mix to 700-900 Â°C in a furnace. In less than a day researchers had at their disposal a stable carbon capture material at almost no cost in comparison to other methods of production.

Christian Kemp, an author of the paper now based at Pohang University of Science and Technology, Korea, explains that the novelty behind their research is that it uses readily available cheap material and produces carbon capture material in less time.

“The waste material is free compared compared to all the metals and expensive organic chemicals needed in other processes – in my opinion this is a far easier way to go”, Kemp said.

The idea using coffee ground waste as the main component of carbon capture material stuck while them team was sitting and drinking coffee. Kemp said that he looked at the coffee grounds and thought ‘I wonder if we can use this for methane storage?’.

The absorbency of coffee grounds may be the key to successful activation of the material for carbon capture. “It seems when we add the sodium hydroxide to form the activated carbon it absorbs everything,” says Kemp. “We were able to take away one step in the normal activation process – the filtering and washing – because the coffee is such a brilliant absorbant.”

The results of the research are published in journal Nanotechnology.