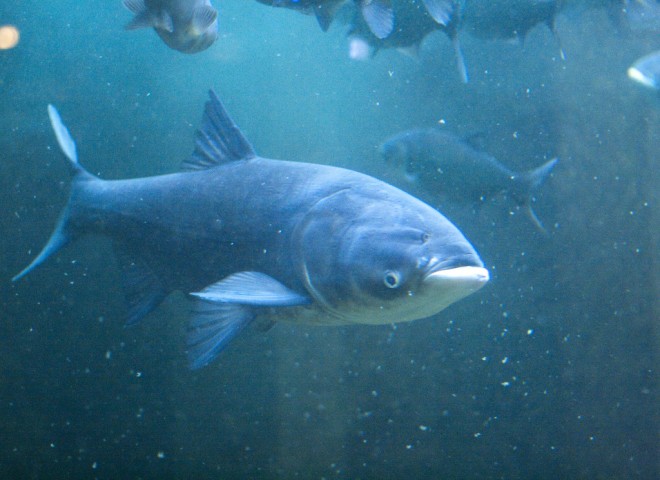 Invasive species are a huge problem the world over and Lake Ontario is no different with authorities catching three more Asian grass carp around the Toronto Island marina bringing the total to five this year.

The report of the catch comes from Toronto and Region Conservation Authority where officials revealed that two of the fishes were caught on Tuesday, and the third one was found on late Wednesday in the waters around the Toronto Islands marina off Lake Ontario.

Officials revealed that they found the fish while monitoring the fish species in the area. Previously, TRCA officials had caught two Asian Carp in Tommy Thompson Park In late July.

The fish were measured for vitals and according to officials, the first fish found weighed 23 pounds, the second weighed 36 pounds and the third was 20 pounds. Two are male and one female; it still remains unclear as how they got into Lake Ontario. Itâs also not known whether they are sterile or how old they are.

The three Asian Grass Carp were sent to a Fisheries and Oceans Canada laboratory in Burlington for further investigation.

According to authorities, since more of these invasive species were found in the lake, they have sent out crews with trap net boats to conduct coordinated searches and determine if there are more in the area.

Asian carp are native to East Asia and have been used in North America as a food source and a means for managing aquatic vegetation. The fish were initially brought to Arkansas in 1970 but escaped into the Mississippi River in the early 1990s. Since then, Grass Carp had a negative effect on the environment as well as on commercial and recreational fishery as they feed extensively on aquatic vegetation, often uprooting large areas of vegetation, thus depleting other native fish populations.

While the discovery of this invasive species in Lake Ontario warrants further monitoring and analysis, circumstances leading to its presence are still unclear. At present, not enough is known to draw conclusions about its source or potential ecological impact.

The U.S. government has launched a $60-million plan this year to keep a check on spread of carp to the Great lakes.

TRCA has urged anyone who sees an Asian carp to give a call on the Invading Species hotline number at 1-800-563-7711.