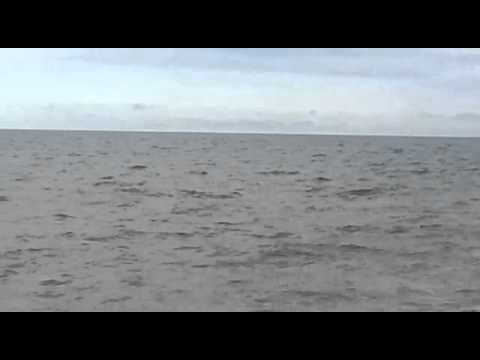 Holiday-makers visiting sweeping beach at Warkworth, Northumberland were treated with rare sighing of beluga whales and as expected they were elated.

Sam Newman, who was one of the lucky ones to spot the whale, reported the sighting to Sea Watchâs Sightings Officer, Kathy James and the description he provided confirmed the identity of the species. Further, he also had a few photographs to share which confirmed that the whales were indeed the rare beluga whales.

The following day, Monday 31st August, holiday-maker, Steve Powis saw two white animals out to sea from the beach and also reported his sighting to the Sea Watch website. âAs I walked down to the beach, somebody told me that a âwhite whale had been spotted out thereâ. I was a bit sceptical and laughed it off as I rounded the corner to the beach and saw a small white boat anchored offshore, so I discounted it altogether. Moments later though, I saw what was clearly a white whale in the sea, and realised that this was the whale Iâd been told about!â says observer Steve Powis.

âIâve never seen whales before (except on TV), but this was quite obviously a Beluga! In fact, there were two! They were white, had a bulbous head and no dorsal fin. I saw one about 100-150 metres out and the second one showed itself a distance beyond that. My wife and I watched the nearest one for an hour, as it repeatedly went under and re-surfaced along this small stretch of coastline.â

âThere were locals who were walking their dogs who have been walking the beach all their life and have never seen a whale in all that timeâ, says Deb Powis who filmed the event on her mobile phone.