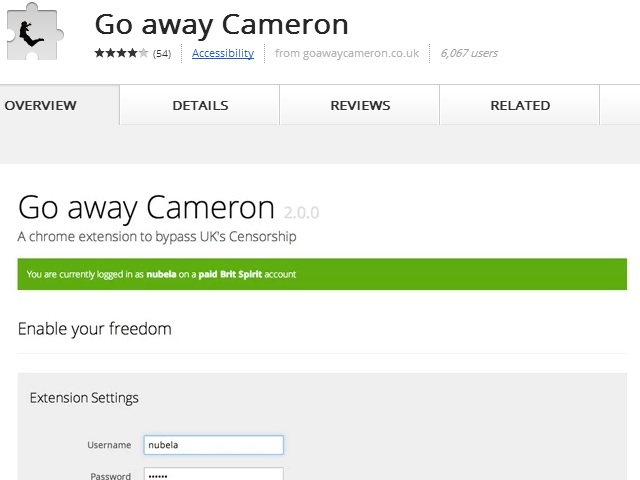 When asked if the developer has an extensive list of all the blocked sites, @nebula revealed “I don’t have, nor will I ever have, an exhaustive list of UK banned sites.”

“What I can do is to merely detect whether the website returns you an error message saying UK blocked it”, nebula added.

The developer says that the Go Away Cameron tool uses a private and smart proxy service to reroute the traffic thereby bypassing the UK ISPs giving them access to blocked sites.

Sky, and BT have already implemented such filters with others set to implement the feature soon; however, the roll out hasn’t been smooth and it was reported that the filters are blocking legitimate sex education and support sites as well.