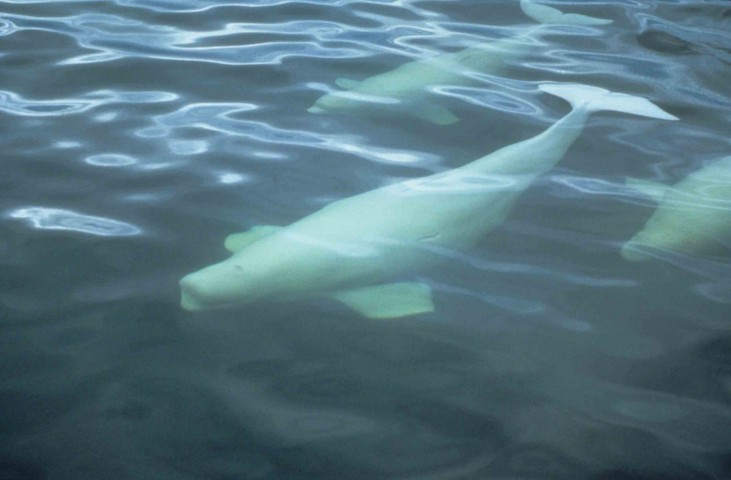 Holidays makers who didn’t go to the Northumberland coast this season may feel left out after quite a few holiday-makers were treated with a sighting or rare beluga wales.

According to the Sea Watch Foundation, two holiday-makers reported the rare sighting to the Foundation. The first was on Sunday, August, 30th when Sam Newman spotted an unmistakable white whale from the sweeping beach at Warkworth, Northumberland. Newman’s description of the whale more or less confirmed the identity of the species, but the photographs that he sent across have removed any doubts regarding the rare sighting.

The very next day, Steve Powis was lucky enough to spot two of these rare beluga whales out in the sea from the beach and also reported his sighting to the Sea Watch website.

In a message to the Foundation, Powis said that when someone told him about a white whale being spotted out in the sea, he initially laughed it off. However, soon after that he saw what seemed to be clearly a white whale in the sea, and realised that this was the whale that he was told about.

One of the whales seen on Monday by Steve Powis/ Sea Watch Foundation.

“Iâve never seen whales before (except on TV), but this was quite obviously a Beluga! In fact, there were two! They were white, had a bulbous head and no dorsal fin. I saw one about 100-150 metres out and the second one showed itself a distance beyond that. My wife and I watched the nearest one for an hour, as it repeatedly went under and re-surfaced along this small stretch of coastline”, Powis said in the message to the Foundation.

Belugas are normally found at least two thousand miles away to the north either around Greenland or in the Barents Sea from the island archipelago of Svalbard eastwards, where some thousands of animals live amongst the ice.

Belugas are small whales about 5-6 metres in length, and adults distinctively are pure white with a small bulbous head, and displaying when surfacing an arched smooth back without any dorsal fin.

Until the past month, there have been only 17 records of belugas in all of Britain and Ireland (ten in the last thirty years). Thirteen of the seventeen records come from Scotland. Most sightings have been made between June and September.