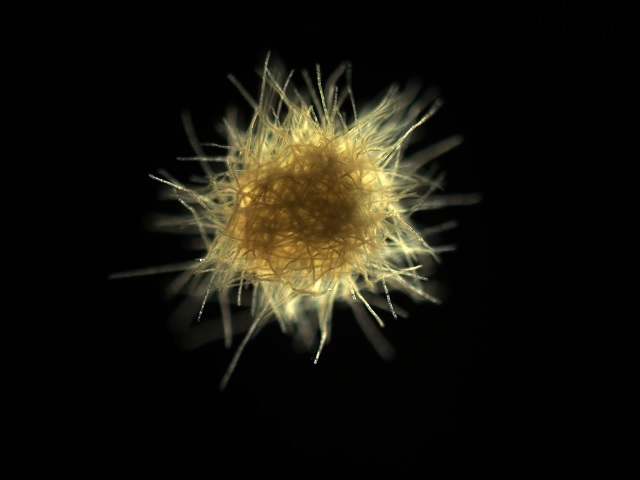 Atmospheric nitrogen ‘fixation’ is one of the most critical important aspect of life on Earth as nitrogen is important for life to grow. Very few bacteria can ‘fix’ this atmospheric nitrogen and experts have found that climate change isn’t going to play nice with them forcing them into overdrive and then ultimately extinction.

Trichodesmium, is one of the few organisms that help out other forms of life on Earth by providing them with free supply of nitrogen. Researchers have found through their study that increased carbon dioxide concentrations in oceans resulting from climate change could push Tricho into a mode where they just work overtime – reproducing faster and also producing lots and lots of nitrogen.

Researchers found that increased ocean acidification causes an evolutionary change that is irreversible and because of this the Tricho will eventually go into so great an overdrive that they will eventually gobble up all the essential nutrients that they need for their growth and trigger a die-off so great that will pave way for their extinction. With no Trichos, there will be no nitrogen ‘fixation’ and eventually a problem for other forms of life on Earth.

For their study, published in Nature Communications, researchers from University of Southern California in collaboration with Massachusetts-based Woods Hole Oceanographic Institution studied several generations of Trichodesmium in lab setup of high concentrations of carbon dioxide – a condition that simulates the possible atmospheric composition in 2100 if current levels of pollution continues.

Researchers observed increased ocean acidification forced evolutionary reaction into Tricho that not only made them work harder but also reproduce faster. Researchers found that the bacteria were not able to reverse this amped-up state even when they were placed in normal conditions where the CO2 concentrations were lower.

Further, Tricho needs phosphorous and iron for their growth and with these nutrients already in limited supply in marine conditions, the increase growth and reproduction rate will make the oceans iron and phosphorous deficient. Once the levels of these two elements decline, Tricho will die and such a situation would be disastrous for other marine life.

David Hutchins, lead author of the study and professor at the USC Dornsife College of Letters, Arts and Sciences, explained that losing one’s ability to regulate growth rate isn’t good for any organism. “The last thing you want is to be stuck with these high growth rates when there aren’t enough nutrients to go around. It’s a losing strategy in the struggle to survive”, he said.

Researchers are now looking to carry out DNA analysis of Tricho to understand the reason behind the irreversible evolution.