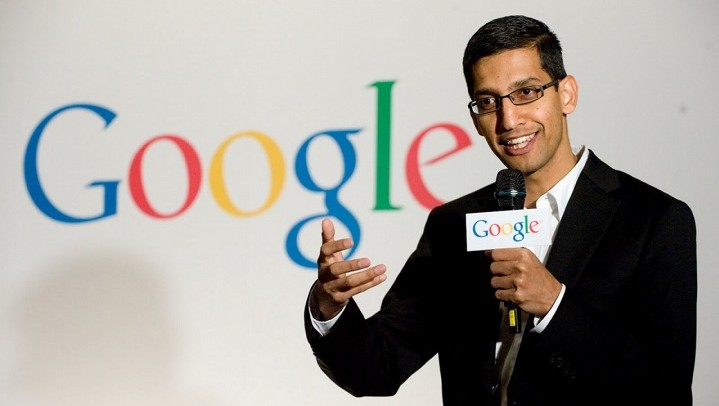 Google has changed its logo and to mark the occasion, its home page is hosting a new doodle shows how the seach giantâs logo transformed into a new one.

The doodle shows a hand wiping out Google’s old logo and re-writing the company’s name with multi-color crayons that turns into a swirl of playful colored dots followed by a multi-colour G. It ends with the new logo wherein a hand appears and tilts the ‘E’ of Google.

âWeâre introducing a new logo and identity family that reflects this reality and shows you when the Google magic is working for you, even on the tiniest screens,â Google noted in a blog post.

âWeâve taken the Google logo and branding, which were originally built for a single desktop browser page, and updated them for a world of seamless computing across an endless number of devices and different kinds of inputs â such as tap, type and talk.â

The revamped logo design unveiled Tuesday features the same mix of blue, red, yellow and green that Google has been using throughout its nearly 17-year history, though the hues are slightly different.

Google also invented a new typeface called âProduct Sansâ that is meant to resemble the simple printing in a grade-school book. It will replace a serif typeface that Google has been using in its logo for more than 16 years.

Google last revamped its logo in 2013.