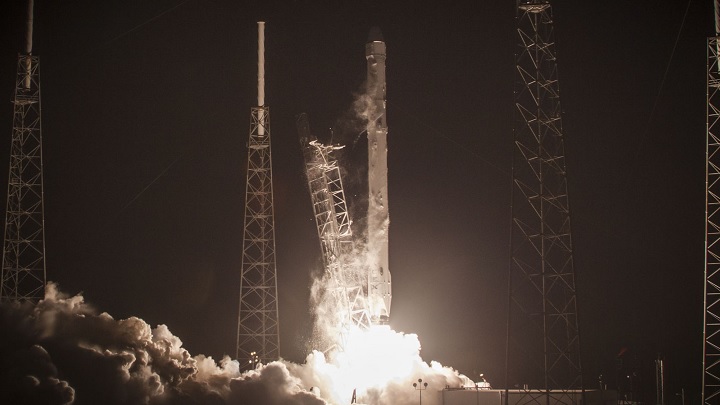 SpaceX will continue grounding the Falcon 9 for a couple of more months, company President Gwynne Shotwell has revealed during a webcast panel discussion at the AIAA Space 2015 conference in Pasadena, California.

SpaceX grounded the Falcon 9 rockets post the June 28 CRS-7 mission disaster. The rocket exploded 139 seconds after lift-off destroying the DragonX cargo ship carrying supplies for the International Space Station. Investigation into the matter blamed the failure on a strut holding a helium pressure vessel, which caused “a momentary overpressure in the tank” and a subsequent explosion.

SpaceX had said at the time: “The bottles, which store the helium at 5,500psi, become more buoyant as the g-force levels increase, and although the strut was verified to withstand 10,000lb of pressure, it failed at 2,000lb.”

“Weâre taking more time than we originally envisioned, but I donât think any one of our customers wants us to race to the cliff and fail again,â said Shotwell. He added that the fix for the solution is easy, but they are taking their time to ensure that they don’t miss out on a similar issue anywhere throughout the vehicle or the supply chain.

SpaceX CEO Elon Musk earlier said that they have stopped using the strut in question and for subsequent flights they will be checking each of these struts themselves rather than relying on the subcontracted supplier’s certification.

According to NASA, the failure of the mission cost the agency a whopping $110 million. William Gerstenmaier, a NASA associate administrator, provided this information to members of the House Science, Space and Technology committee. âThatâs gone,â said Gerstenmaier.

Committee members also questioned whether SpaceX should be investigating its own failure. To this Gerstenmaier replied that alongside SpaceX, NASA, Federal Aviation Administration (FAA) and the National Transportation Safety Board (NTSB) are also involved in the investigation. Further, the government has the final say in the investigation carried out by SpaceX and can even refute SpaceX findings.

SpaceX has a backlog of more than 60 flights worth more than $7 billion. Falcon 9 grounding has also affected SpaceX’s plans of progressing with Falcon 9 Heavy owing to the fact that Falcon 9 Heavy is much more advanced and complicated than the Falcon 9 and any failure of the Heavy will cost SpaceX more both financially as well as reputation-wise.