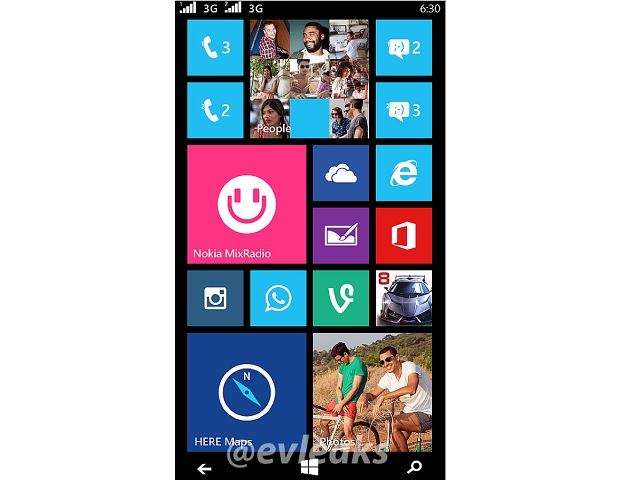 Nokia may be working on multiple Windows Phone 8.1 devices, but the latest leak confirms that existence of atleast one of those smartphones. Dubbed Moneypenny, the Lumia 630 may be Nokiaâs first dual-SIM smartphone in its Windows Phone range.

Leaked by the usual suspect, evleaks, the images shows a couple of interesting features of the supposed Lumia 630. First itâs the presence of two network indicators signaling the presence of 2 SIM cards. Second itâs the virtual keys at the bottom of the screen indicating that the smartphone may be void of any physical buttons.

One interesting thing to notice is that both the cellular networks are marked as 3G, which probably means that the Lumia 630 may not have 4G connectivity option. Launching a 3G only phone in 4G-ready countries like US, and UK doesnât make sense and it is highly likely that the smartphone is destined for emerging markets like India while dual-SIM handset are highly popular.

There have been reports that Lumia 635 could be the 4G version of the dual-SIM smartphone which will see launch in US, UK and other countries.