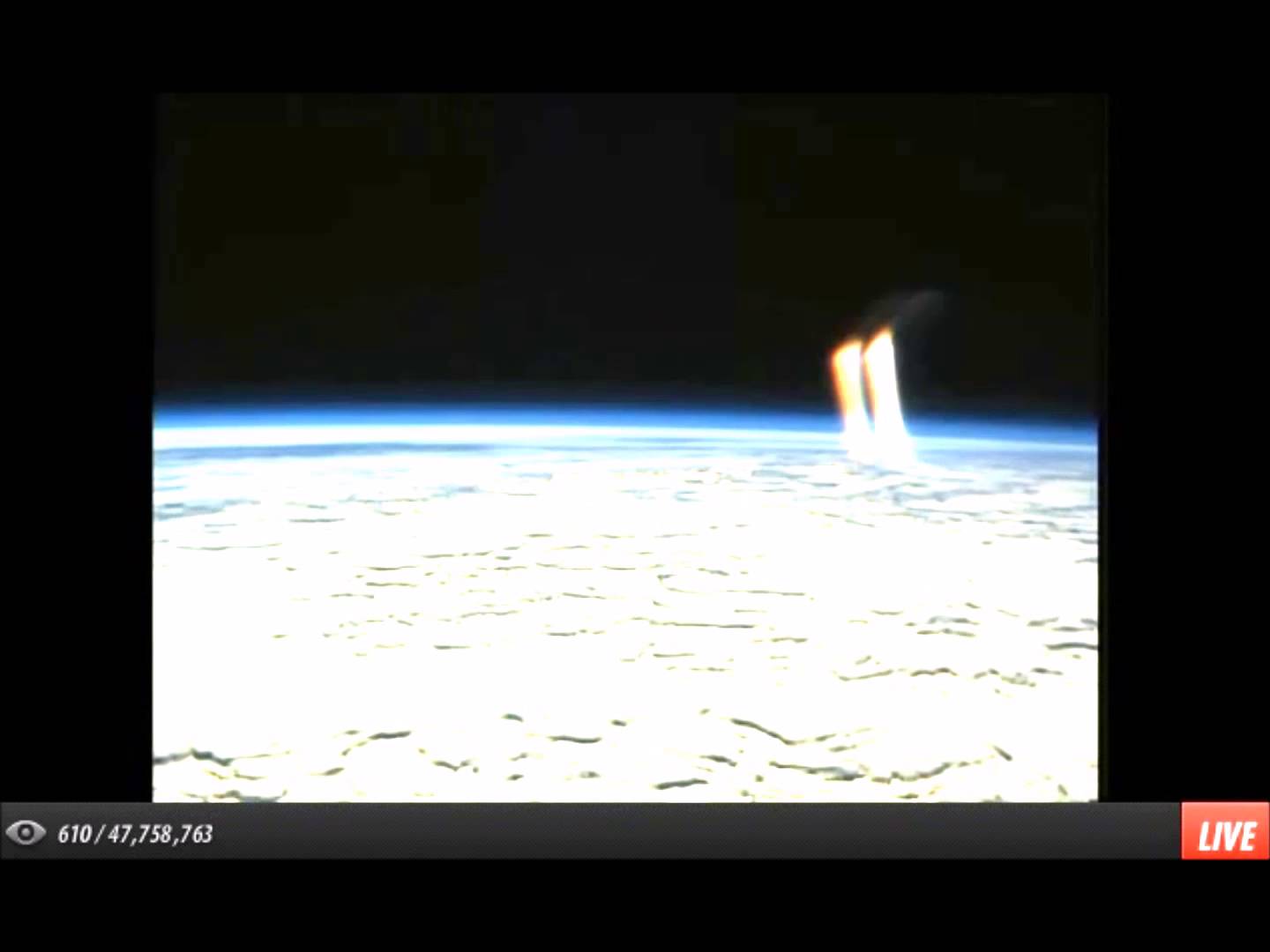 Every few days we come up with reports of unexplained sightings of unidentified flying objects (UFOs) on and around Earth and a latest such sighting comes from a NASA footage captured by ISS cameras.

The footage, spotted by YouTube user StreetCap1, shows two beams of light directed towards Earth from what seems to be an alien ship. The footage doesn’t last long as NASA cuts out the live video feed abruptly. There is no explanation from NASA and we don’t expect to receive any either as this is not the first time such a sighting has been made.

Dubbing this sighting as a rather ‘cool catch’, Scott Waring of UFO Sightings Daily notes that the sun is causing a part of the UFO to be visible. “This looks like a craft in space and is partly cloaked”, he added.

Alleged UFO sightings near the ISS are dime a dozen. Back in late June, another YouTube user âMister Enigmaâ created a video from ISS live stream claiming that the footage contained three different sources of light rising from Earth’s atmosphere. Soon after they appear NASA cuts the feed with the message âPlease stand by. The High Definition Earth Viewing experiment is either switching cameras, or we are experiencing a temporary loss of signal with the International Space Station.â

Prior to this sighting was another one by StreetCap1 wherein a distant but distinct object appears to come into view at about the same level as the ISSâs 275-mile high orbit. Soon after this UFO was spotted, NASA stopped the live stream and displayed the standard ‘suffering from technical difficulties’ message.