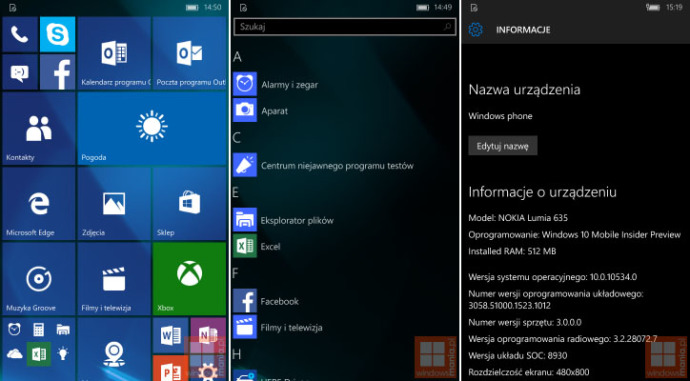 The screenshots, posted on the Poland-based, Windows-centric forum WindowsMania.pl, show off improvements to the SIM settings page including a new USB EEM (Ethernet Emulation Model) option on the Developer Settings page. However, that option seemed to be disabled on the build.

The new build also adds an option for USB over ethernet, which may mean that Windows 10 Mobile will get USB tethering in the future. The feature may enable devices to download from the internet via USB when connect to a PC.
The website also claims that the build 10534 will come with the usual improvements to speed and efficiency.

Build 10534 is expected to be the next build that Microsoft could be planning to roll out to Fast Ring Insiders next week.

The recently released Windows 10 build 10532 features improved context menus with âa modern look and feelâ and the Windows Feedback app which allows testers to share their feedback on the Insider builds publicly through social media channels such as Facebook and Twitter. The language packs are also available for supported languages in the Insider Program.

People interested in becoming an Insider and part of the Fast Ring can go to Settings on their Windows desktop, select Update and Security, Advanced Options and Get Insider Builds.