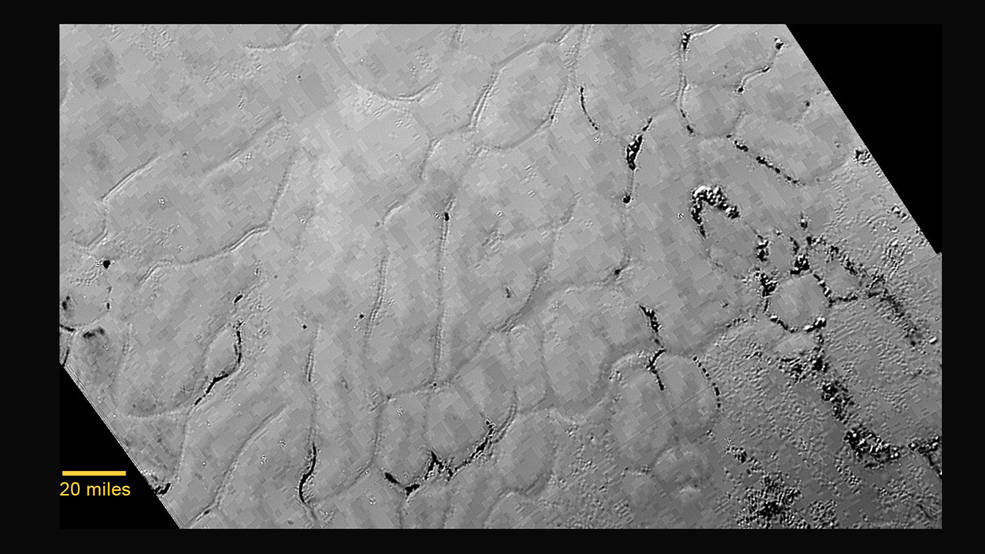 NASA has gained new and unprecedented insights into Pluto through its New Horizons mission and while the space agency itself isn’t speculating about possibility of life on the dwarf planet, there is at least one scientist who believes that there could be life on Pluto.

Cox, who said in the past that humans could be the only complex life in our galaxy, told The Times that New Horizons’ flyby has revealed that there may be subsurface ocean on Pluto and if our understanding of life as we know it on Earth is correct, then there are all the chances that there could be something living in those seas on the dwarf planet.

Though the New Horizons did a tremendous job of providing never before known details of Pluto, scientists wouldn’t be able to tell for certain whether the subterranean seas on the dwarf planet are actually warm or not, Cox added.

According to Cox, the best and immediate chance of finding life are the moons orbiting other planets in our solar system. Jupiter’s Europa, or Saturn’s Titan and even Enceladus are the moons that NASA or other space agencies can target in a search for extraterrestrial life.

Though Cox believes that the subsurface seas on Pluto could be warm enough he acknowledges that it is not as accessible as other moons in our solar system.

“It’s [Pluto] not as accessible, unfortunately, as Europa or some of Saturn’s moons. Titan looks as though it’s got a subsurface ocean now, and Enceladus throws liquid into space, so you can fly through that and see if it’s got organics in it,” he said.

Cox also said it was plausible that humans could be the only complex life in our galaxy. The biological “bottlenecks” on the way to multicellular organisms are so difficult to squeeze through that only a tiny fraction of the planets where life emerges will be home to anything more than the simplest biology, he said. Cox added that science is telling us now that “complex life is probably rare.”