Watching too much TV ups risk of death from pulmonary embolism 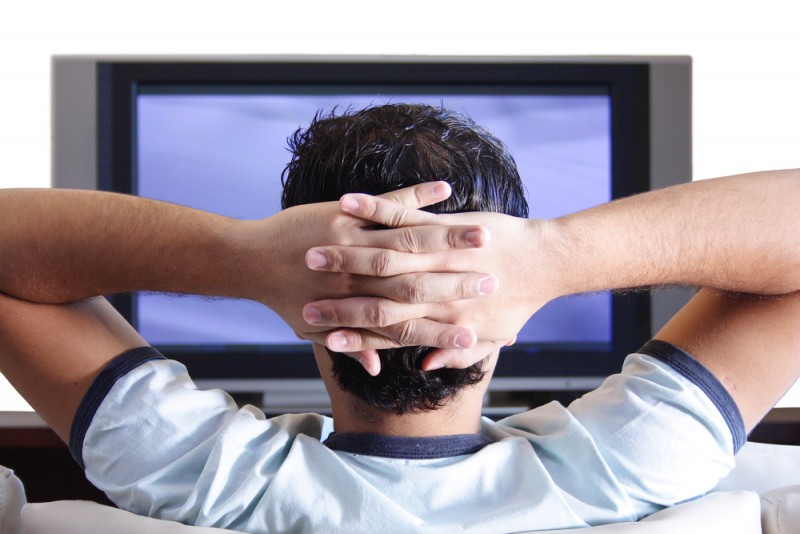 According to a study presented recently at the ESC Congress, binge-watching TV for five or more hours a day is associated with twice the risk of fatal pulmonary embolism as watching less than two and a half hours daily. The 18-year-long study involved more than 86,000 people watching five or more hours TV per day on an average.

Risk of pulmonary embolism was first brought to light during World War II; however, with changes in lifestyle of people and increased availability of entertainment options and gadgets, more and more people are spending less and less time moving around and instead are spending more time on their couches.

A highly fatal disease, pulmonary embolism is characterised by sudden onset of symptoms such as chest pain or difficulty breathing. The disease is caused by obstruction of the pulmonary arteries by blood clots, generally formed in the leg vessels. Risk factors include cancer, prolonged bed rest or sitting, and oral contraceptive use.

The study presented at the ESC Congress is the first of its kind research that looks at the association between prolonged television watching and fatal pulmonary embolism involving 86,024 participants – 36,007 men and 50,017 women – aged 40 to 79 years.

Participants were asked to provide details about their average TV viewing habits through a self administered questionnaire as part of the JACC Study, which started between 1988 and 1990. Participants were followed up for a median of 18.4 years until 2009. Mortality from pulmonary embolism was identified from death certificates.

For the purpose of analysis, length of television watching was divided into three groups – less than 2.5 hours, 2.5 to 4.9 hours and 5 or more hours per day.

During the follow up period of the study there were 59 deaths from pulmonary embolism. The researchers found that people whose average television viewing time was more than five hours per day had twice the risk of fatal pulmonary embolism as those who watched an average of less than two and a half hours daily.

The association was more prominent in people under 60 years of age in whom watching television more than five hours per day was associated with a six-fold risk of fatal pulmonary embolism compared to watching less than two and a half hours. In this age group, watching 2.5 to 4.9 hours tripled risk compared to less than 2.5 hours.