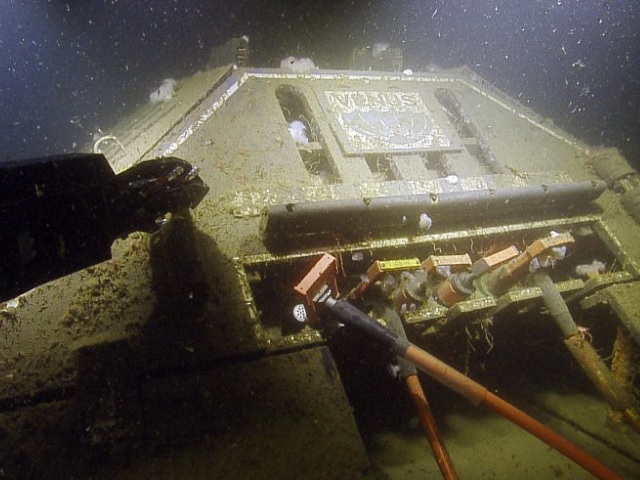 The University of Victoriaâs Ocean Networks Canada (ONC) has embarked on a three-week expedition using two ships, exploration vessel Nautilus on its first trip to Canada, and research vessel Thomas G. Thompson – both outfitted with deep sea robots that provide real-time video streams of the ocean abyss to observers around the world.

âOcean Networks Canada is delighted to have access to the E/V Nautilus in this exciting new partnership. It brings with it a world-class team of experts, high tech tools to do the job and an onboard studio to support live one-on-one interactions from ship to shore. Attracting a ship that is one of only two dedicated ships of exploration in the world is testament to the work Canada is doing in the ocean,â says Kate Moran, ONC president.

Scientists from around the world will connect to Nautilus and Thompson virtually while the teams on board install and connect complex sensors and instruments that will help us understand our global ocean.

Installation and deployment highlights include: high tech systems to measure underwater landslides; microphones to detect whales and understand ship noise; pig carcasses for forensic research; sensors to measure how offshore gas hydrates change as climate changes; and a tsunami meter to better predict coastal flooding. Along the way the team onboard will be mapping the seafloor, sampling critical habitats and videoing the hot vent towers to understand how they change over time.

The Nautilus is operated by Ocean Exploration Trust (OET) under the direction of its president Robert Ballard.

Ballard, a scientist and renowned ocean explorer, says: âI am thrilled to be bringing E/V Nautilus to Canada to support these advanced observatories which align with our mission: to explore the worldâs oceans utilizing live telepresence capabilities; to develop innovative technology to enable exploration; and to inspire and educate the public and the next generation of explorers.â

Ballard founded OET in 2008 to engage in pure ocean exploration. Its international programs centre on scientific exploration of the seafloor. In addition to conducting scientific research, they offer their expeditions to explorers on shore via live video, audio and data feeds from the field. OET also brings educators and students of all ages aboard during Nautilus expeditions, offering them hands-on experience in ocean exploration, research and communications.

You can live stream the footage here.