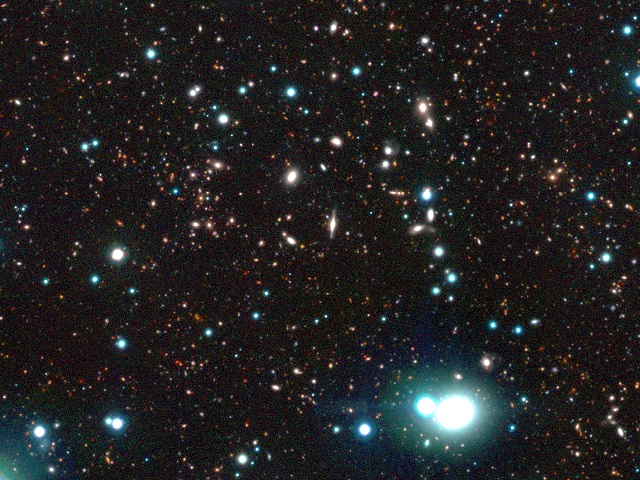 Researchers, for the first time, have managed to make direct observations of galaxy ‘metamorphosis’ proving that galaxies have changed their shape since they were initially formed after the Big Bang.

The findings are based on observations of around 10,000 galaxies currently present in the Universe using a survey of the sky created by the Herschel ATLAS and GAMA projects. Researchers also used the Hubble telescope to establish the proportion of galaxies that have undergone metamorphosis.

Using the survey data, researchers classified the galaxies into the two main types: flat, rotating, disc-shaped galaxies (much like our own galaxy, the Milky Way); and large, spherical galaxies with a swarm of disordered stars. Researchers then used the Hubble and Herschel telescopes to take a look further back in time to observe the galaxies that formed shortly after the Big Bang.

Researchers believe that such transformations are a result of many cosmic catastrophes including merger of two disk-dominated galaxies into a single galaxy with a huge pile up of stars that ultimately takes the form of a spherical-shaped galaxy.

There is another school of thought as well that proposes a rather less violent transformation wherein stars formed in a disk gradually moving to the centre of a disk and producing a central pile-up of stars.

Lead author of the study Professor Steve Eales, from Cardiff Universityâs School of Physics and Astronomy, said: âMany people have claimed before that this metamorphosis has occurred, but by combining Herschel and Hubble, we have for the first time been able to accurately measure the extent of this transformation.