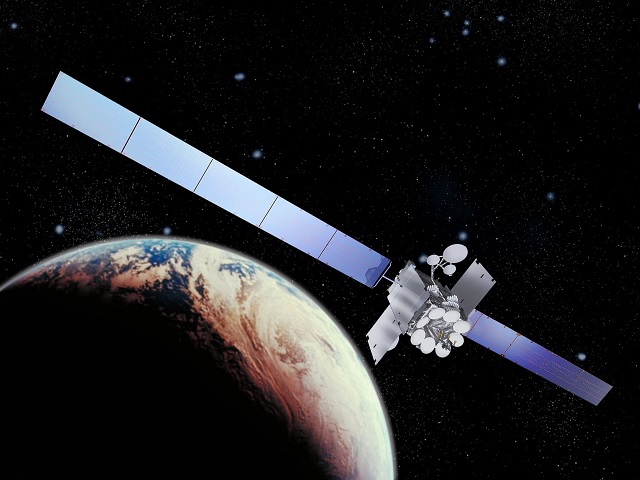 Inmarsat has finally realised its goal of being the first and only company to provide a global mobile satellite communications services that uses its own satellites – a goal which was set in 2010.

The company confirmed the successful launch of its third satellite in the transformational Global Xpress (GX) constellation. Inmarsat-5 F3 (I-5 F3), which was launched from the Baikonur Cosmodrome in Kazakhstan at 12.44pm (BST), entered orbit this morning at 04.15 am (BST) following a 15 hour and 31 minute mission.

The launch of the third satellite marks the completion of the constellation through which the company will provide broadband connectivity globally at speeds that are much higher than the previous communication satellites – even in the most remote places on Earth.

The satellite won’t be commissioned right away as the team will first the raising the I-5 F3 to its final orbit over the course of next few weeks. The team will also be deploying its solar arrays and reflectors, and undertake payload testing. At the end of these procedures, I-5 F3 will be ready to join the first two GX satellites, which are already in orbit and operating successfully, to create the first, globally available, high-speed mobile broadband network delivered by a single operator.

âWe have been working towards this day ever since we announced plans to create the Global Xpress constellation in 2010. I am delighted that we now have three Global Xpress satellites in orbit, enabling us to provide global GX services by the end of the year”, said Rupert Pearce, CEO of Inmarsat. âThis is a significant milestone for Inmarsat; one that will offer major growth opportunities and promises to change the face of our industry.”

The first Global Xpress satellite â Inmarsat-5 F1 â was launched in December 2013 and entered commercial service in July 2014, covering Europe, the Middle East, Africa and Asia. This was followed by the launch of Inmarsat-5 F2 on 1st February 2015, which covers the Americas and the Atlantic Ocean and entered commercial service this month (August).