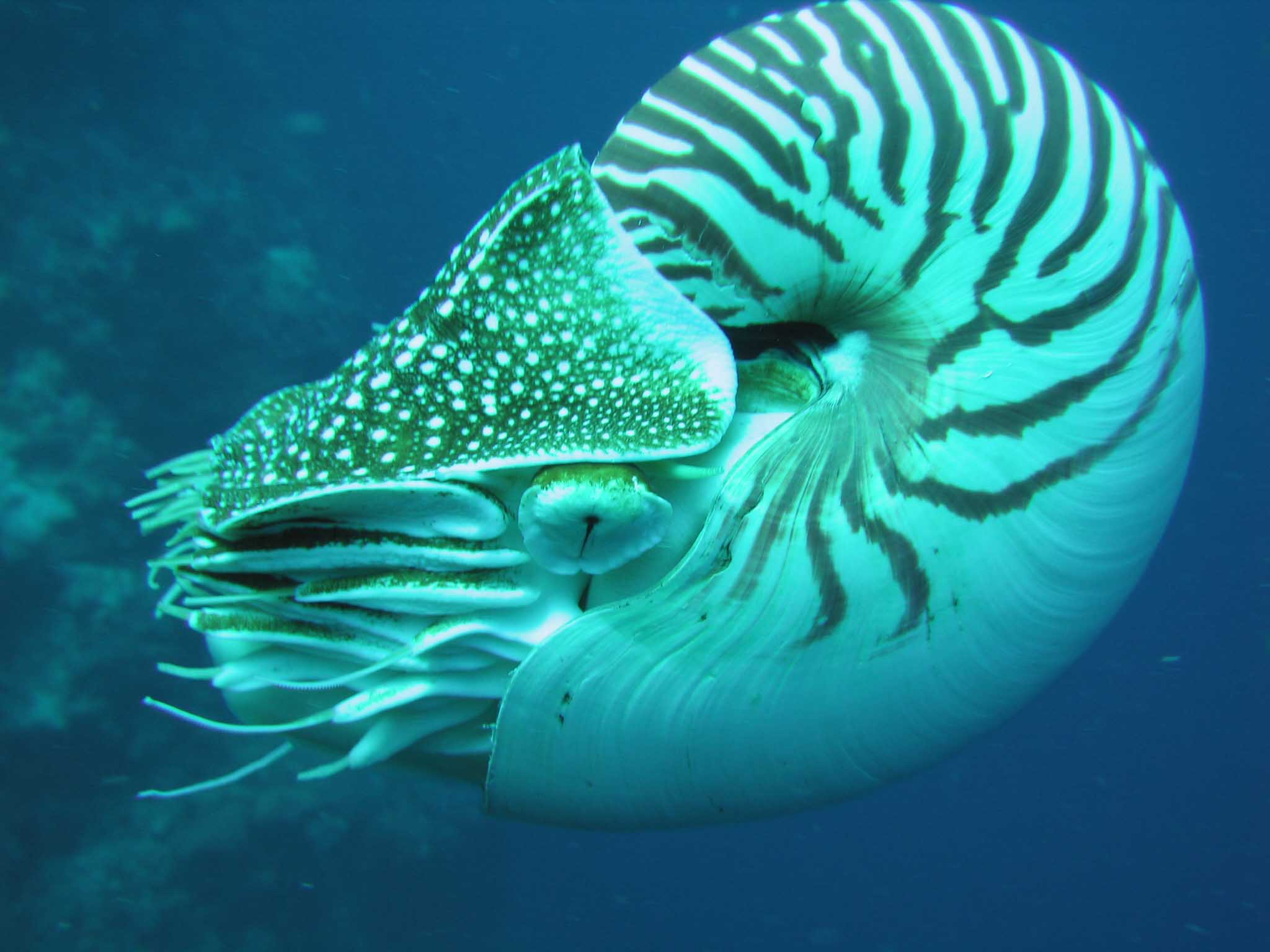 Nautilus are one of the rarest marine animals with their sighting considered important for the scientific community. Biologist Peter Ward recently saw Allonautilus scrobiculatus, a species of nautilus, after 30 years and according to him the sightings of these rare animals will become rarer if illegal fishing practices and mining continue.

The University of Washington professor made a similar sighting back in 1984 along with Bruce Saunders from Bryn Mawr College. At the time they collected several Allonautilus scrobiculatus specimens for analysis and realized that their gills, jaws, shell shape and male reproductive structures differ significantly from other nautilus species.

Allonautilus scrobiculatus, a species of nautilus, previously discovered off of Ndrova Island in Papua New Guinea are distant cousins of squid and cuttlefish. They are an ancient lineage of animal, often christened a âliving fossilâ because their distinctive shells appear in the fossil record over an impressive 500 million year period.

Ward says this recent sighting of Allonautilus indicates that there is still much to learn about these creatures. According to him two humans had seen this species of nautilus. Saunders found Allonautilus first, and a few weeks later Ward saw them.

âIt has this thick, hairy, slimy covering on its shell,â said Ward. âWhen we first saw that, we were astounded.â

Researchers collected small tissue, shell and mucous samples and measured the dimensions of each animal. Ward and his colleagues used this information to determine the age and sex of each animal, as well as the diversity of each nautilus population in the South Pacific. Through these studies, they have learned that most nautilus populations are isolated from one another because they can only inhabit a narrow range of ocean depth.

âThey swim just above the bottom of wherever they are,â said Ward. âJust like submarines, they have âfail depthsâ where theyâll die if they go too deep, and surface waters are so warm that they usually canât go up there. Water about 2,600 feet deep is going to isolate them.â

These restrictions on where nautiluses can go mean that populations near one island or coral reef can differ genetically or ecologically from those at another. The findings also pose a challenge for conservationists.

Researchers have pegged illegal fishing and âminingâ operations as the two activities that threaten the nautilus population. Researchers say that if these activities continue unchecked, it could threaten a lineage that has been around longer than the dinosaurs were and survived the two largest mass extinctions in Earthâs history.

In September, the U.S. Fish and Wildlife Service will decide whether to advocate for nautiluses to become a protected species under the Convention on International Trade in Endangered Species of Wildlife Fauna and Flora, or CITES treaty. Such protection could curb international trade in nautilus shells, with the aim of reducing nautilus harvests across the Pacific.

Ward hopes to see Allonautilus again, especially since he would like to study how this species, which arose relatively recently according to genetic tests, behaves differently from other nautiluses. Its rarity makes this endeavor challenging.

âItâs only near this tiny island,â said Ward. âThis could be the rarest animal in the world. We need to know if Allonautilus is anywhere else, and we wonât know until we go out there and look.â