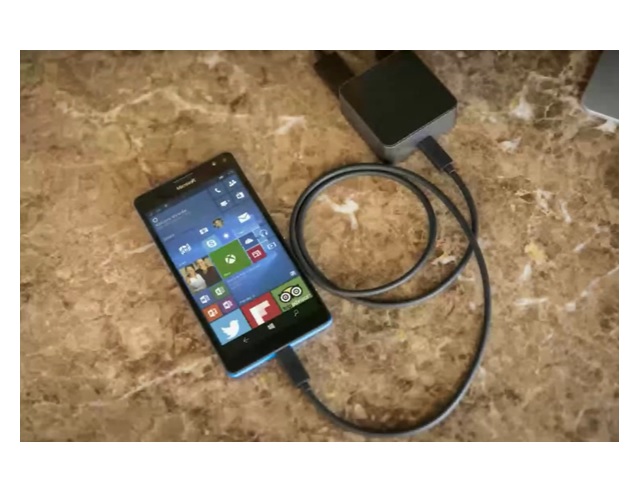 There have been reports of a possible October event during which Microsoft is to release Windows 10 Mobile as well as new Lumia smartphones, but it seems that before the official unveil, images of two smartphones have already been leaked.

Codenamed CityMan and Talkman, the two new smartphones are said to be running Windows 10. The first leak comes through a report by Brad Sams, at Neowin, that showed off the smartphone. Talkman was leaked by prolific leakster Evan Blass.

As far as configurations go Cityman is the larger of the two with a 5.7-inch screen with 2,560 x 1,440 resolution display. Talkman on the other hand is slightly smaller with a 5.2-inch display with the same resolution. From the images though the phones seem to have slightly different button and camera configurations, they both appear to have dedicated camera buttons.

The images leaked by Blass seem to be official press images of Talkman, while the image leaked by Sams is of a real one with some sort of attachment.

In Sams’ image, the smartphone is connected to small device via USB-C cable. This seems to be the rumored âWizardâ device that connects to an external monitor enabling users to use Microsoft’s Continuum feature and start a full-screen mouse and keyboard interface. Microsoft had clarified earlier that this feature will not work on any existing smartphones indicating that Talkman and Cityman will be the first two devices to run Windows 10 Mobile.

Earlier reports have claimed that apart from the display size differences, the Cityman is more powerful of the two with a Snapdragon 810 processor, larger 3,300 mAh battery. Talkman on the other hand is powered by Snapdragon 808 and 3,000 mAh battery.

It is said that the Cityman smartphone will work with Microsoftâs Surface pen and a flip cover with a circular opening for notifications. As far as other configuration is concerned, both devices will have 3GB of RAM, 32GB of storage, a 20-megapixel PureView rear camera, a 5-megapixel front camera, and microSD card slot. Theyâll also include an iris scanner for Windows Hello and Qi wireless charging.