Killer whale possibly injured by boat strike not in danger 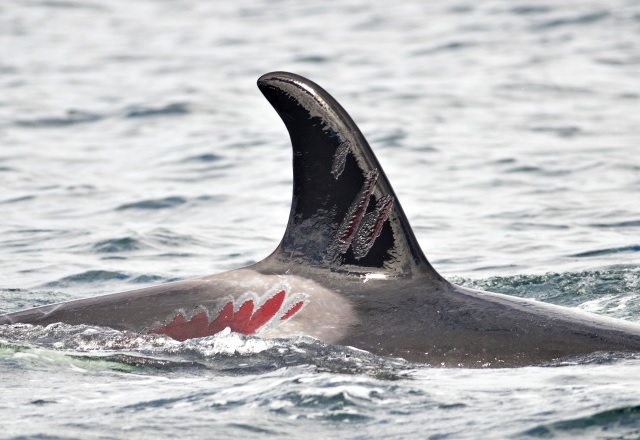 Researchers spotted a killer whale in Johnstone Strait with a fresh wound on its side and dorsal fin – an injury which is believed to have been inflicted because of a boat strike.

The whale was identified as a six-year-old killer whale from the northern resident population. According to researchers, though the wound appears to be extensive it is superficial. From the looks of it, the injury’s appearance is consistent with an injury inflicted by a propeller. The injury hasn’t seemingly affected the whale as researchers described the whale as being engaged in social activity and was behaving normally.

Using an unmanned hexacopter, the researchers assessed the wound and the whaleâs body condition. The drone captured images that will provide researchers with a basis for follow-up assessment of the wound as it heals and the whaleâs overall health. Researchers made sure that they took images at an altitude of greater than 100 feet above the whale, by keeping in line with the law in Canada under the Species at Risk Act and flight authorization from Transport Canada.

Vancouver Aquarium research biologist Meghan Moore revealed that through such types of incidents are rare, boat strikes do happen.

âTwelve years ago, A95âs great uncle A60 (Fife) was spotted with a series of deep, parallel cuts on and just below the right side of his dorsal fin; we believe they were caused by a boat propeller. Theyâve since healed and Fife is alive and doing well today.â

Although this wound appears superficial and is likely to heal, the injury could have been much worse, she added. Boaters are advised to remember the Be Whale Wise guidelines for operating any vessel around whales and dolphins and do not approach any closer than 100 metres.