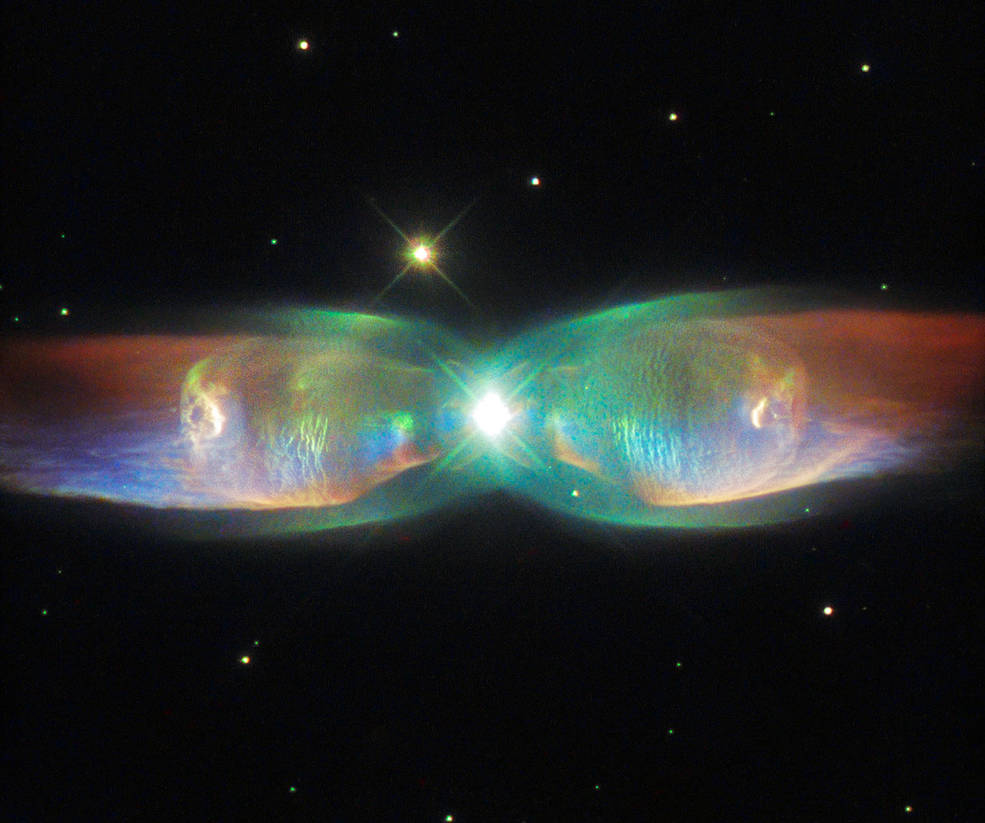 Images of nebulae captured by NASA and ESA using their Hubble space telescope always fascinate and continuing on the same path, the telescope has yet again captured a breathtaking Nebula.

Pegged as a cosmic butterfly, the image captured by Hubble is that of a Twin Jet Nebula named PN M2-9 wherein the nebulaâs shells and its knots of expanding gas have been shown in striking detail. The are two iridescent lobes of material that stretch outwards from a central star system and within these lobes are two huge jets of gas streaming away from the star system at speeds in excess of one million kilometers (621,400 miles) per hour.

The cosmic butterfly shaped nebula was first discovered by Rudolph Minkowski, a German-American astronomer, in 1947 and hence the M in the name of the nebula. Because it is a planetary nebula it carries the PN in front of its name.

NASA says that the glowing and expanding shells of gas are indicative of the fact that the nebula represents final stages of life for an old star of low to intermediate mass. NASA adds that the star has ejected all its outer layers exposing its core that is illuminating the layers of gases. The Twin Jet Nebula is not just any planetary nebula, it is a bipolar nebula, the US space agency adds.

Ordinary planetary nebulae have one star at their center, bipolar nebulae have two, in a binary star system. Astronomers have found that the two stars in this pair each have around the same mass as the sun, ranging from 0.6 to 1.0 solar masses for the smaller star, and from 1.0 to 1.4 solar masses for its larger companion. The larger star is approaching the end of its days and has already ejected its outer layers of gas into space, whereas its partner is further evolved, and is a small white dwarf.

NASA says that the reason behind the winged shape structure is because of the motion of the two central stars around each other. Though astronomers are still debating whether all bipolar nebulae are created by binary stars, it is generally believed that the orbiting of the dying star and its white dwarf companion around their common center of mass causes the ejected gas to be pulled into two lobes rather than expanding as a uniform sphere.

If you look closely at the image, you would find two faint blue patches that extend from the star system horizontally outwards like veins. Though they may not significant at first, NASA says that these are actually violent twin jets streaming out into space, at speeds in excess of one million kilometers (621,400 miles) per hour.

The two stars at the heart of the nebula circle one another roughly every 100 years. This rotation not only creates the wings of the butterfly and the two jets, it also allows the white dwarf to strip gas from its larger companion, which then forms a large disc of material around the stars, extending out as far as 15 times the orbit of Pluto! Even though this disk is of incredible size, it is much too small to be seen on the image taken by Hubble.