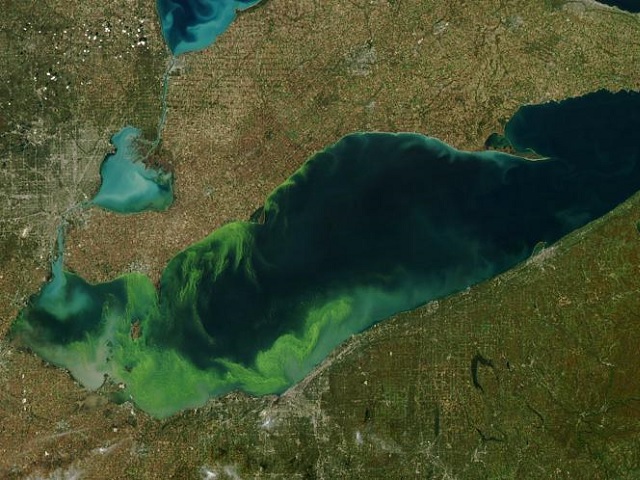 Non-profit environmental groups Canadian Freshwater Alliance, Freshwater Future Canada and Environmental Defence have joined forces urging the government to put into action solutions that will bring the toxic algal blooms to a halt on Lake Erie.

The call for action comes on the first anniversary of a toxic algal bloom that forced beach closures on Pelee Island, and left the majority of island residents who rely on private wells without safe water for days.

âCommunities in and around western Lake Erie are facing yet another year of extreme toxic algal blooms. Itâs clear that thereâs no time to waste if we want to ensure we can safely swim in, drink from, and enjoy the waters of Lake Erieânow and for generations to come,â said Tony Maas with Freshwater Future Canada. âWe have solutions. It is time to put them into action.â

Experts predict that this yearâs bloom in western Lake Erie will be one of the worst ever recorded. Toxic algal blooms are a serious threat to public health, wildlife, and local economies. Algal blooms are forcing beach closures, increasing water treatment costs, killing fish, and are a threat to the lakeâs multi-billion dollar tourism economy.

The number one cause of the blooms is run-off from farms containing high levels of phosphorus. Other algae-causing pollution sources include municipal wastewater and stormwater discharges, run-off from streets and lawns that contain pet waste and lawn fertilizer, and poorly maintained septic systems.

In June, the Premier of Ontario and the Governors of Ohio and Michigan signed an agreement to reduce the amount of phosphorus flowing into Lake Erie by 40 per cent by 2025. However, the Governments of Canada and the U.S. need to make firm commitments to setting pollution-reduction targets and timelines for achieving them.

Also, more coordinated action is needed by all jurisdictions across the Lake Erie watershed to stop algal blooms before the problem gets worse and more expensive to solve. One step in the right direction would be Ontario passing its proposed Great Lakes Protection Act, which enables the setting of nutrient targets to reduce phosphorus pollution in the Great Lakes.

âOntarioâs proposed Great Lakes Protection Act would give us the tools needed to get at the root of algal blooms on the Great Lakes by significantly reducing the amount of pollution run-off into our rivers and lakes.â said Nancy Goucher, Water Program Manager at Environmental Defence. âWe urge MPPs to quickly pass this important law when they return to the legislature in the fall.â

Another solution, as outlined in Environmental Defence and Freshwater Futureâs report Clean, Not Green: Tackling Algal Blooms in the Great Lakes, is for the Ontario government to explore the use of market mechanisms to give farmers the tools and financial resources they need to reduce their nutrient run-off. Possible mechanisms could include tax-shifting, pollution taxes, and nutrient trading.

Freshwater Future Canada and the Canadian Freshwater Alliance have also launched an initiative called the Lake Erie Alive Declaration. By signing onto the declaration, people who live, work and vacation in and around the lake can join together to show widespread support for solutions that will lead to the elimination of the toxic algal blooms.

âSigning the Lake Erie Alive Declaration is an opportunity for the many diverse communities, businesses and individuals who love Lake Erie to come together with a unified voice and pledge their support and commitment for lasting solutions to the algal blooms,â said Raj Gill, Great Lakes Organizer with the Canadian Freshwater Alliance.