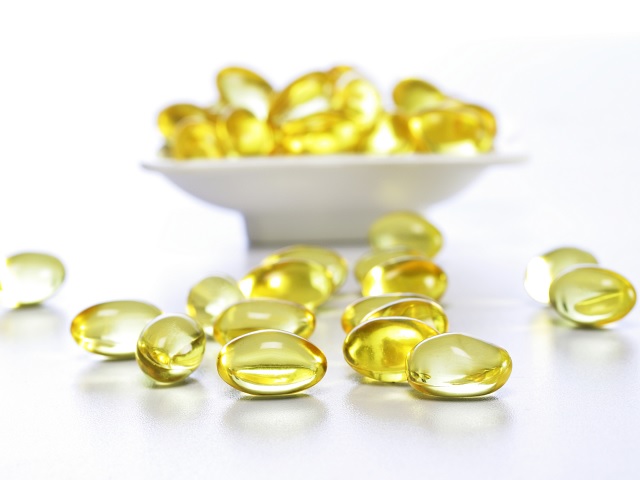 Researchers have suggested through studies that fish oil supplements, which are rich in omega-3 fatty acids, are capable of protecting the brain against age-related decline, but a new study says it might not be the case.

Researchers at National Institutes of Health (NIH) and US National Eye Institute have shown through a large clinical trial involving 4,000 patients over a five-year period that omega-3 supplements did not slow cognitive decline in older persons.

This is in stark contrast to what other studies have been repeatedly showing said said Emily Chew, M.D., deputy director of the Division of Epidemiology and Clinical Applications and deputy clinical director at the National Eye Institute (NEI), part of NIH.

Researchers at NIH including Dr. Chew have been investigating a combination of nutritional supplements for slowing age-related macular degeneration (AMD). Though they initially established that daily high doses of certain antioxidants and mineralsâcalled the AREDS formulationâcan help slow the progression to advanced AMD, a later study dubbed AREDS2, tested the addition of omega-3 fatty acids to the AREDS formula, but found no difference.

Fish oils have omega-3 fatty acids in high concentrations and they are believed to be responsible for health benefits associated with regularly eating fish, such as salmon, tuna, and halibut. There have been studies that have looking at people who consume these fish regularly and findings have suggested that regular consumption of fish is associated with lower rates of AMD, cardiovascular disease, and possibly dementia.

Contrary to these ‘apparent’ benefits, a large 2011 study established that omega-3 supplements did not improve the brain health of older patients with preexisting heart disease.

With AREDS2, Dr. Chew and her team saw another opportunity to investigate the possible cognitive benefits of omega-3 supplements, she said. All participants had early or intermediate AMD. They were 72 years old on average and 58 percent were female. The participants were randomly assigned to one of the following groups: Placebo (an inert pill); omega-3 [specifically docosahexaenoic acid (DHA, 350 mg) and eicosapentaenoic acid (650 mg)]; Lutein and zeaxanthin (nutrients found in large amounts in green leafy vegetables); and Omega-3 and Lutein/zeaxanthin.

Because all participants were at risk for worsening of their AMD, they were also offered the original or a modified version of the AREDS formulation (without omega-3 or lutein/zeaxanthin).

At the beginning of the study, researchers asked participants to undergo cognitive function tests to establish a baseline. These tests were repeated after two and four years. The tests, all validated and used in previous cognitive function studies, included eight parts designed to test immediate and delayed recall, attention and memory, and processing speed. The cognition scores of each subgroup decreased to a similar extent over time, indicating that no combination of nutritional supplements made a difference.

Though these findings don’t seal the fate of fish oil supplements with respect to their role as brain health enhancers, the AREDS2 data does question the role of these supplements on Alzheimerâs disease and cognitive decline explained Lenore Launer, Ph.D. senior investigator in the Laboratory of Epidemiology and Population Science at the National Institute on Aging.

âIt may be, for example, that the timing of nutrients, or consuming them in a certain dietary pattern, has an impact. More research would be needed to see if dietary patterns or taking the supplements earlier in the development of diseases like Alzheimerâs would make a difference.â

The study has been published in the Journal of the American Medical Association.