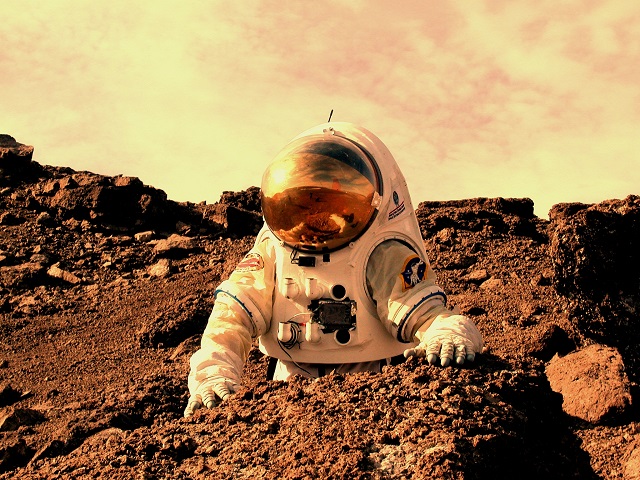 A manned mission to Mars would require mankind to take a giant leap in technological and astronomical terms and as with any new groundbreaking ambition, there are those that believe that humans going to Mars is inevitable and those who believe that we don’t have the required technology or the capability.

NASA has been investing a lot lately in technological research that will enable it to send astronauts to the Red Planet. With a time frame of atleast a couple of decades before it launches astronauts into space for a manned mission, it seems that the space agency is all geared up to walk on the path.

This is inevitable according to ESA astronaut Alexander Gerst who argues that space is no different from any other unknown frontier. “Humans will go to Mars, Iâm very sure of this”, Gerst was quoted as saying by Euronews.

Being optimistic is one thing and seeing it through is another. One of the hurdles is the amount of time astronauts will have to spend in a spacecraft that will transport them to Mars. Just one tour of the International Space Station (ISS) is enough to make astronauts not able to stand on their feet on their return and for Mars we are talking months.

According to current estimates and available technology, the space crew will have to spend at least seven months in a spacecraft on the trip to Mars. Then, there is the research bit on the Red Planet and if they want the return trip to be the shortest, they might have to wait for a year or possible more to get the positions of the planets – Earth and Mars – just right for return trip. This will again take another seven to eight months.

Then there is the problem of radiation in space, bone loss, muscle loss and other unknown health issues that astronauts might be required to deal with.

Next is the stress in such long duration flights. Mission to Mars will see multiple astronauts take the trip and in these scenarios, relationship with other team members is of vital importance.

German Space Agency psychologist Bernd Johannes who develops training systems for astronauts to keep their skills up to date during long-duration space flights said, âIf men will go to Mars, then not a single astronaut will go to Mars, they will go as a crew. And the crew relationship depends on the members, and that is one of the most important factors that will become a risk for the mission success or support the mission success.â

Despite all these challenges, optimism is built into humans and that’s what has allowed us to thrive.

âWe humans have been explorers for millions of years and since 50 years we know how to do spaceflight, so weâre right at the beginning of this new technology, of this new age of exploration,â says ESA astronaut Alexander Gerst.