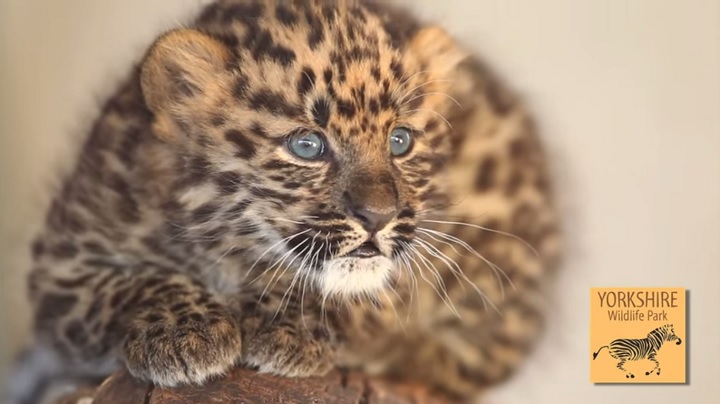 The world’s most endangered species – Amur Leopard – has given birth to three cubs at the Yorkshire Wildlife Park on June 28 excited conservation luminaries.

With just 70 of these majestic animals surviving in the wild, the birth and their progress is being pegged as a landmark for the international conservation programme. The three cubs and their parents, Drake and Freya, could be critical in an international plan to reintroduce them back into the native habitat for Amur Leopards in a remote region of the far east of Russia.

Animal Collection manager at the park Simon Marsh pegged this development as an exciting stage in the fight to save the critically endangered species from extinction. Marsh added that the parents – Drake and Freya – have reciprocated the efforts of the European breeding programme, which has been working tirelessly towards securing the future.

The cubs won’t be on display at the park for a few weeks, but since their birth every minute of their lives, including their birth, has been captured on film, with CCTV cameras. The cubs are to be vaccinated later this week.

Amur Leopard saw their numbers dwindle because of loss of habitat and poaching, but the conditions have been improving lately. Conservation efforts such as the Amur Tiger and Leopard Alliance (ALTA) have been working tirelessly and recently announced plans for a re-introduction in the Lazovsky Nature Reserve in Southern Sikhote Alin, an area where leopards disappeared approximately 30 years ago. The cubs are to be vaccinated later this week.

Conservation efforts in Russia and China have given hope that a new population of 30 animals could be re-established over the next 15 years.

The YWP Amur Leopard reserve, Leopard Heights, won the BIAZA award for Significant Advances in Animal Husbandry and Welfare in 2013. The innovative design allows Drake and Freya to behaviour naturally in one of the worldâs largest Amur leopard reserves, leading them to rear three cubs without any staff intervention.

Jo Cook, Amur leopard EEP coordinator and ALTA coordinator, confirmed their significance, saying: “I am thrilled that Freya has had the first ever litter of Amur leopard cubs at YWP.”

The park has already announced another breeding success this summer – three Amur Tiger cubs, Hector, Harley and Hope, were born on March 29 and are a significant step forward in the conservation of that species. Amur Tigers are also native to the Far East of Russia.