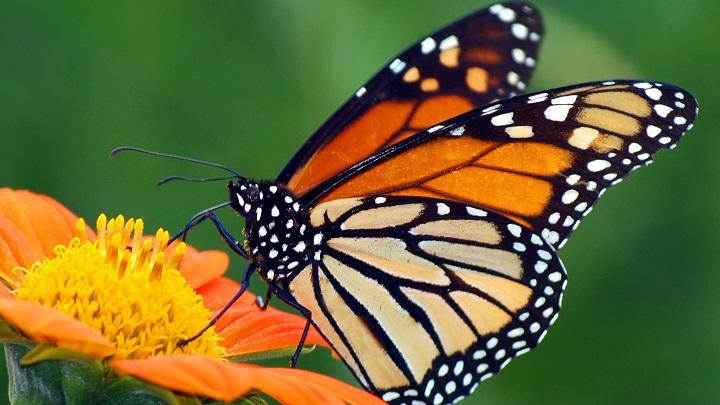 To boost conservation and rehabilitation efforts for Monarch butterflies, the United States Fish and Wildlife Service has announced $4 million funding in the next year.

Said to be an integral part of America’s wildlife, and representatives of other pollinators, Monarch butterflies are currently facing hard times and their population is declining at a rapid rate.

Population of Monarch butterflies, recorded at 1 billion in 1996, has been withering over the course of last 19 years. According to recent estimates, the population stands at only 56.5 million as of this year and if the decline continues, chances are that the population may touch lower 30s in a few years. Loss of prairie habitat and declining numbers of milkweed, which sustains monarch caterpillars, are among the causes.

USFWS Director Dan Ashe has pledged to restore and enhance more than 200,000 acres of monarch habitat on public and private lands this year, along with supporting more than 750 schoolyard habitat projects and pollinator gardens across the country.

âThis funding will allow us to work with partners to conserve monarch breeding and migration habitat in priority areas throughout the country,â said Ashe. âWe will also focus on increasing the availability of seed for native milkweeds and nectar plants, education programs and other large-scale efforts across the range of the monarch.â

Ashe said the Service will focus on first-generation spring breeding areas in Texas and Oklahoma, summer breeding habitat in Minnesota and other Midwest states, and areas west of the Rocky Mountains important for the western monarch population.

âFrom small business owners to elementary school students, everyone can play a part in helping preserve the monarch butterfly,â Klobuchar said. âWith the butterfly rapidly disappearing, it was great to join committed Minnesotans and the U.S. Fish and Wildlife Service to further our collaborative effort to protect the butterfly from extinction.â

U.S. Senator Amy Klobuchar (D-MN) is a longtime monarch advocate, encouraging federal agencies to build on and strengthen public-private partnerships to preserve monarchs. She supports efforts such as the collaborative work among the U.S. Fish and Wildlife Service, the National Wildlife Federation and the National Fish and Wildlife Foundation to reverse the decline.