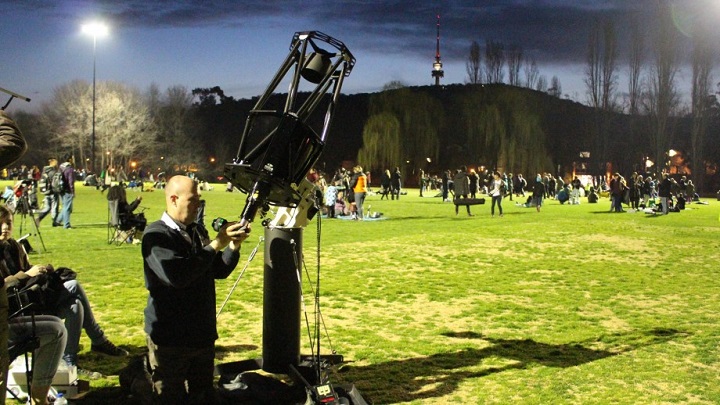 As anticipated, the stargazing event organised as a part of Australian National University’s contribution to National Science Week has yielded a record-breaking congregation of stargazers at one place.

Though the total number of people gathered at one place didn’t reach the anticipated levels of 3,000, the ANU event did manage to set a world record for the most people stargazing at one site with 1,869 stargazers. The record was set at the ANU campus in Canberra.

According to Guinness World Records, the previous record stood at 640 people at a single site. The latest gathering at ANU is just about three times as many people looking at the heavens through telescopes and binoculars at the same time.

Organiser Dr Brad Tucker from the ANU Research School of Astronomy and Astrophysics said that they had a fantastic turnout to smash the old record. Though the clouds were a little problem, they did clear off for some time to give stargazers the opportunity to observe stars and moon and set a new record.

Representatives from Guinness World Records declared the new record of 1,869 to cheers from the crowd at the ANU campus. Everyone who took part will receive a certificate.

Those who had come without binoculars or telescopes were provided with mini-telescopes using which they were not only pick out the craters on the moon, but were also able to view ancient lava flows along the line between the dark side of the moon and the bright side, known as the terminator line.