MCS UK: Rise of jellyfish in UK seas can no longer be ignored 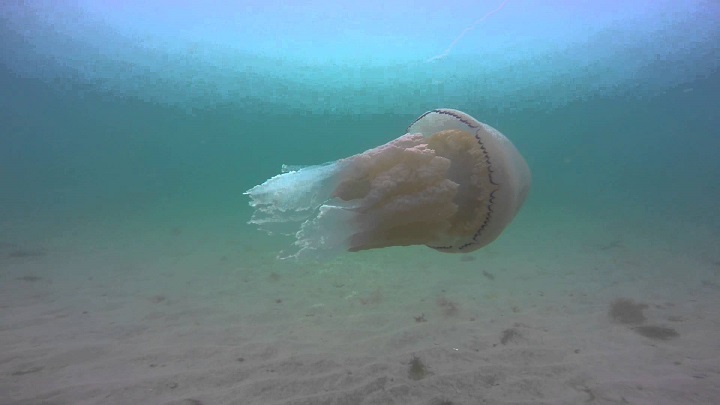 For the second consecutive year, massive barrel jellyfish have showed up in record numbers on UK shores and Marine Conservation Society, UK has said that the increase in jellyfish numbers can no longer be ignored.

With huge numbers of mauve stingers reported off Guernsey, and the potentially dangerous Portuguese Man O War washing up on beaches in the South West, the MCS is calling for a more dedicated research and monitoring to understand the rise in jellyfish numbers and what they mean for the state of UK seas.

“The million-dollar question is why is this happening? At the moment we just donât know,â says Dr Peter Richardson, MCS Biodiversity and Fisheries Programme Manager.

The society began its Jellyfish Survey in 2003 with most of the work being done by public through reports of their jellyfish sightings or encounters through MCS website. According to the survey, 2013 was a record year, with over 1,000 reports involving hundreds of thousands of jellyfish.

2014 also saw similar statistics with number of reports increasing to over 1,400, and by July this year the survey had already received over 1,000 reports. August is usually a peak month for jellyfish sightings and so 2015 looks set to be another record breaker, the MCS said.

One of the startling finding of the survey was that Barrel jellyfish normally make up 10 per cent of its annual reports, but last year they made up 40 per cent. So far in 2015, a whopping 75 per cent of records have involved barrel jellyfish sightings.

Dr Richardson pointed out that with increase in global temperatures and changing climate, ocean waters are changing. Alongside the increased acidification of oceans, there is an increase in jellyfish around the UK and if this isn’t a coincidence, then there could be a major reason behind this that needs to be found.

Dr Richardson said that the success of the survey can be entirely attributed to the public and called upon the government to commission dedicated scientific research and monitoring to answer some of the pressing questions about the increase in numbers as well as their impact on our seas.