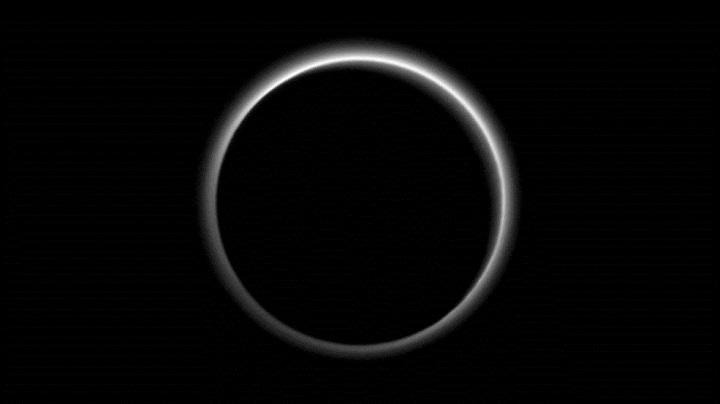 New Horizons took almost two hours to approach Pluto, fly over it and leave it behind and until we receive the entire sequence of images that will showcase the flyby, a 16 second time-lapse video showcases the exact sequence that will leave you amazed.

Prepared and uploaded by BjÃ¶rn JÃ³nsson, the video comprises a series of photos taken by New Horizons as it approached and eventually passed Pluto. The photos have all been knitted together to create this breathtaking time-lapse video.

New Horizons is the fastest ever spacecraft made and even at speeds of 20,000 miles per hour, it took two hours to complete the entire flyby.

JÃ³nsson notes that Pluto’s atmosphere is included in the video and should be fairly realistic from about 10 seconds into the animation and to the end.

“Light from Pluto’s satellite Charon illuminates Pluto’s night side but is exaggerated here, in reality it would be only barely visible or not visible at all. The field of view is 12.5 degrees.”

He also points out that the part of the video before the 10 seconds mark is largely just guesswork because there is lots of data that still needs to be downlinked from the spacecraft.

New Horizons made history by being the first spacecraft to ever visit the dwarf planet Pluto and during its approach of the dwarf planet from January, it has sent back stunning images revealing unprecedented details.

Thanks to New Horizons, we are now aware about the surface features of Pluto including mountains, ice, mysterious atmosphere and escaping nitrogen among other things.