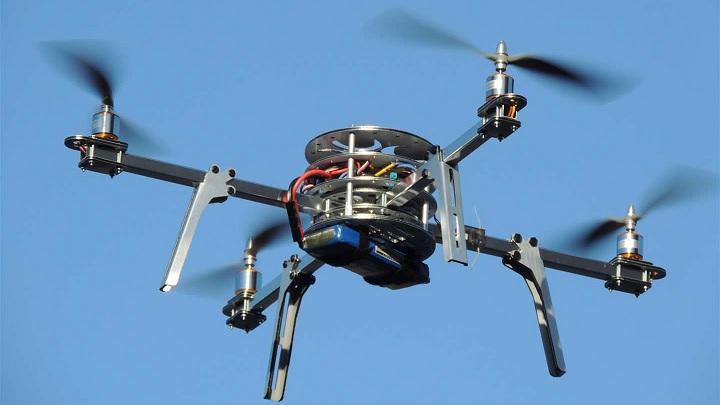 At a time when more and more ecologists and biologists are using drones to carry out their research and surveillance of wildlife, a team of researchers has recommended caution when using drones around wildlife.

University of Minnesota researchers carried out a study of the effect of drones on American black bears, findings of which are published in the journal Current Biology. According to the research, though bears appear to be unfazed by these drones, their physiological responses are pretty strong and some even hint at acute stress.

Researchers have suggested that American black bears rarely seem to startle or run away when unmanned aerial vehicles (UAVs) come near, but they found that despite the bearsâ calm demeanor when in the presence of UAVs, their heart rates soar, a sign of acute stress.

For their study, researchers at the university fitted free-roaming American black bears living in northwestern Minnesota with Iridium satellite GPS collars and cardiac biologgers. The collars sent the researchers an email with each bearâs location every 2 minutes while the bio-loggers captured every heartbeat. Then Ditmer and his colleagues programmed a UAV to fly to the bearâs most recent location.

In the end, the researchers were able to analyze their data very precisely to find out what hidden effects their UAV flightsâwhich lasted only a brief 5 minutes due to battery life and other logistical constraintsâmight have had on the bears.

In 18 UAV flights taken in the vicinity of four different bears, individuals only twice showed any major change in their behavior in response to the UAVs. However, the bio-loggers revealed consistently strong physiological responses.

“Keep in mind this was the strongest response we saw, but it was shocking nonetheless”, said Mark Ditmer, a post-doctoral researcher in the universityâs Department of Fisheries, Wildlife and Conservation Biology.

All of the bears in the study responded to UAV flights with elevated heart rates. Fortunately, the bears recovered very quickly.

The researchers say it will now be important to consider the additional stress on wildlife from UAV flights when developing regulations and best scientific practices. UAVs are growing in popularity for many uses in addition to researchâfor example, to discourage poachers and track down wildlife for ecotourists. In many countries, few rules are in place to guide UAV use.

âUAVs hold tremendous potential for scientific research and as tools for conservation,â Ditmer says. âHowever, until we know which species are tolerant of UAVs, at what distance animals react to the presence of UAVs, and whether or not individuals can habituate to their presence, we need to exercise caution when using them around wildlife.â