Search for extraterrestrials is suddenly huge; gets $100 million boost 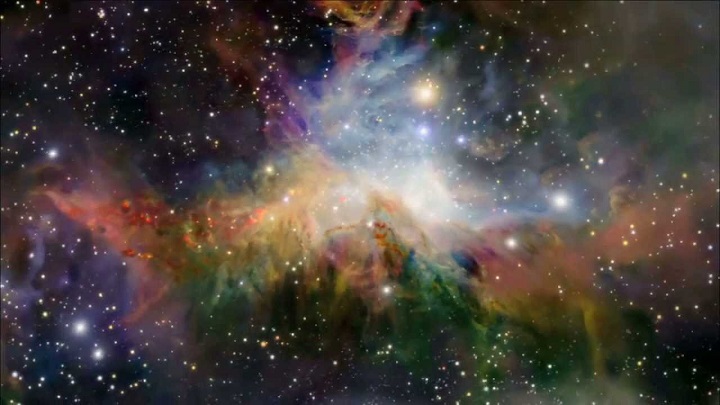 Back in April this year, NASA made a bold claim that it knows where and how to look for aliens and it will be able to find them by 2025. Search for Extraterrestrial Intelligence (SETI) Institute has been calling for increased and possibly active search for aliens for quite a few years and now it seems that beyond the space agencies and few other institutions, there are those who also intend to pitch-in and further the search for alien life in the Universe.

One such person is internet investor Yuri Milner, founder of The Breakthrough Prize Foundation, who has signed a contract with the University of California, Berkeley, to lead a major escalation in the search for extraterrestrial intelligence, or SETI. Milner’s foundation has committed $100 million over the course of 10 years to UC Berkeley and other participating institutions for a project called Breakthrough Listen, the most comprehensive scientific SETI project yet.

For the initiative, the Breakthrough Prize Foundation has already contracted with two of the worldâs largest radio telescopes — the 100-meter Robert C. Byrd Green Bank Telescope in West Virginia and the 64-meter Parkes Telescope in New South Wales, Australia — to devote major telescope time to searching for signals from other civilizations. The funding will also allow the Automated Planet Finder at the Lick Observatory near San Jose to search for optical laser signals from other planets.

The initiative was announced by Milner on July 20 in London at The Royal Society, where some of the best known names in the world of physics and astronomy including Stephen Hawking, Astronomer Royal Martin Rees, SETI research pioneer Frank Drake, UC Berkeley astronomy professor Geoff Marcy and postdoctoral fellow Andrew Siemion, and foundation chairman Pete Worden were present as well.

For the Breakthrough Listen program, UC Berkeley will build high-speed digital electronics and high-bandwidth signal processing instruments to gather and analyze the radio and optical data collected by the telescopes, and will train the next generation of SETI scientists, said Dan Werthimer, one of the leaders of the effort.

âThis is about five times the amount of money now spent worldwide on SETI, part of which will be used to purchase dedicated time on telescopes that previously we were lucky to get only a day or two per year,â said Werthimer, who heads the worldâs longest-running SETI project, called SERENDIP, and is the scientific director of SETI@home, the popular crowd-sourced computing project.

Looking for Planets That Harbor Life

âWe learned from the NASA Kepler mission that our Milky Way Galaxy contains tens of billions of Earth-size planets at lukewarm temperatures, any of which might harbor life,â said Marcy, who will run the optical SETI project at Lick.

According to Peter Worden, chairman of the Breakthrough Prize Foundation, UC Berkeley is renowned for its frontier digital signal processing technology, able to analyze billions of voltages per second coming from the backend of the radio telescopes.

Werthimer, Marcy and Siemion, director of the Berkeley SETI Research Center, will be members of the initiativeâs leadership team steering the project. They will be joined by Drake, the founding father of the SETI field, who is chairman emeritus of the SETI Institute in Mountain View, California, professor emeritus of astronomy and astrophysics at UC Santa Cruz and founding director of the National Astronomy and Ionosphere Center. Rees will oversee the advisory board of Breakthrough Listen.

Searching for a Needle in a Haystack

UC Berkeleyâs SETI projects originally piggybacked on other astronomersâ telescope observations, which meant that the searches were often in random directions and limited frequencies. UC Berkeleyâs SERENDIP program still captures radio waves from wherever the Arecibo Telescope in Puerto Rico points, breaks the data into segments, and asks its SETI@home volunteers to use spare time on their computers to process the signals to look for unnatural and potentially purposeful patterns.

Breakthrough Listen also will recruit the immense computing power of SETI@homeâs 9 million volunteers to search radio data for signals from outside the solar system.

In addition, the Listen program will include a search of visible light using the Automated Planet Finder at Lick Observatory to detect laser beams pointing in our direction, and eavesdropping on interplanetary conversations in other solar systems.

With dedicated telescope time, researchers will be able to target specific stars around which exoplanets have been discovered by various planet hunting teams, most notably NASAâs Kepler mission. With broader sky coverage, Werthimer said, it will be possible to scan our entire galaxy of 200 billion stars, and even scan distant galaxies.

Siemion estimates that Breakthrough Listen telescopes could detect a radar signal the strength of that broadcast by an aircraft carrier if transmitted by any of the 1,000 nearest star systems. The project could also detect a 100-watt laser from our nearest stars.

âThe sensitivity we get from having dedicated telescope time and better receivers is key if we are looking for artifacts of civilization, such as TV signals, which are incredibly weak,â Werthimer said. âOur search will be about a hundred times better than anything weâve done before. This is beyond my wildest dreams.â

âThe Breakthrough Listen initiative is our first opportunity to test the fundamental hypothesis behind modern radio SETI,â Siemion said. âWe will be able to search the entire âquietâ portion of the radio spectrum that is accessible to us from the surface of Earth, from a few hundred megahertz where our own TV stations transmit, to 10 gigahertz where we communicate with nearby spacecraft. This is a dramatic leap forward in our bandwidth, and will offer the best opportunity in history to detect advanced life beyond Earth.â

âEven if we donât detect a signal from advanced life beyond Earth,â he added, âthe detection limits obtained by the Breakthrough Listen searches will be the most rigorous ever achieved, and the technology developed will lay the groundwork for SETI searches for many decades to come.â