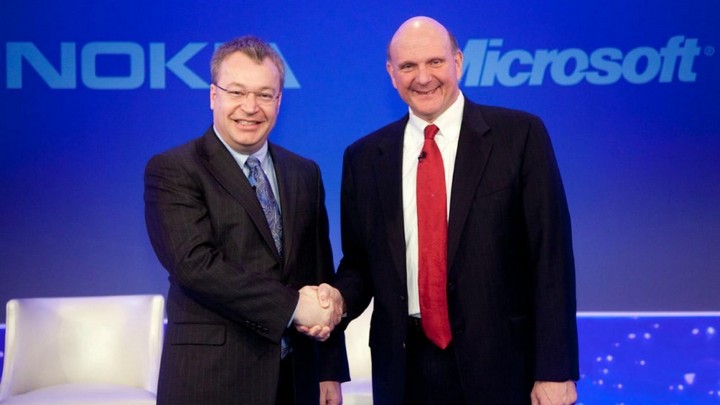 Microsoft has reported its biggest ever quarterly loss of $3.2 billion (Â£2bn, â¬2.9bn) for the three months period ending June 30, which also includes the impact of the $7.5 billion (Â£4.8bn, â¬6.8bn) write-down of its Nokia handset business acquisition, and $780 million restructuring charges.

The companyâs revenues declined five per cent from a year ago to $22.2 billion in the fourth fiscal quarter as a result of falling demand for its Windows operating system. Sales of Windows to businesses fell 21 percent from the year-earlier quarter, when demand for the operating system had surged after Microsoft discontinued support for Windows XP.

Redmond reported a 117 per cent jump in revenues from its Surface computer, amounting to some $888 million for the quarter, driven by Surface Pro 3 and launch of the Surface 3. The company also saw growth in sales of its Xbox game consoles, and boosted revenues from its Bing search engine. Also revenue from Microsoft’s commercial cloud business, which includes offerings such as Office 365 software suite, Azure and Dynamics CRM Online, rose 96 percent, excluding the impact of a strong dollar.

Excluding the Nokia charges, the software giant said its operating income for the quarter would have been $6.4bn, with earnings per share amounting to $0.62.

Satya Nadella, chief executive, said “Our approach to investing in areas where we have differentiation and opportunity is paying off with Surface, Xbox, Bing, Office 365, Azure and Dynamics CRM Online all growing by at least double-digits. The upcoming release of Windows 10 will create new opportunities for Microsoft and our ecosystem.”

Microsoft’s shares fell 4 percent to $45.38 in extended trading on Tuesday.

The difficult quarter comes ahead of the much-anticipated Windows 10 launch on July 29. Initially, the OS will be rolled out to the Windows Insiders who have been trying out early versions of the software. Post July 29, Redmond will start notifying those who have already registered for a copy of Windows 10. Windows 10 will be offered as a free upgrade to Windows 7 and Windows 8 and 8.1 users for a year.

Microsoft also recently confirmed that the new OS will be available on USB drives for purchase in retail channels shortly after launch. USB versions of Windows 10 Home and 10 Pro have already been spotted listed for pre-order on Amazon for $120 and $200 respectively. A release date has now been tagged for 30 August.