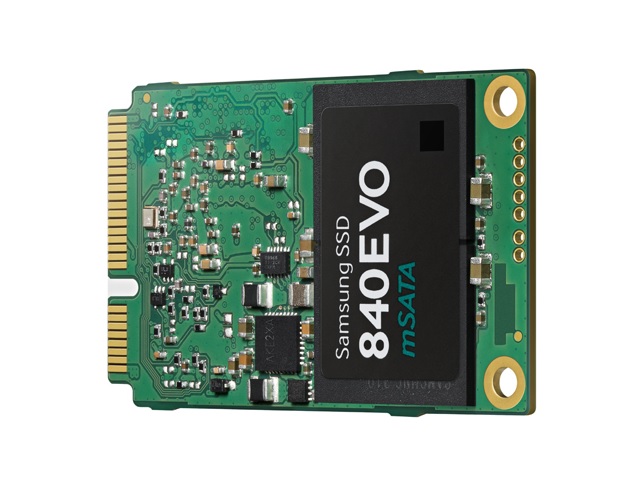 Samsung has announced industryâs first ever 1TB mSATA Solid State Drive (SSD), which is roughly a twelfth in size of traditional hard drives.

Samsung revealed in a press release that the new 840 EVO mSATA SSD line-up is an extension of the 840 EVO range launched earlier this year. The new mSATA drive is approximately 40 percent thinner and lighter as compared to typical hard disk drives with just 3.85mm thickness and a weight of 8.5g. Despite being one fourth the size of a typical 2.5-inch SSD, the mSATA SSD offers the same level of high performance and density.

On top of the 1TB option, Samsung will also offer the mSATA SSD in 120GB, 250GB and 500GB storage sizes. Samsung hasnât provided any information about the cost of these drives, but has said that they will carry âcompetitiveâ price tags.

Samsung is using 128Gb NAND flash memory based on 10nm class process technology in the new 840 EVO mSATA SSD. The 1TB version consists of four flash memory packages with each having 16 layers of 128Gb chips.