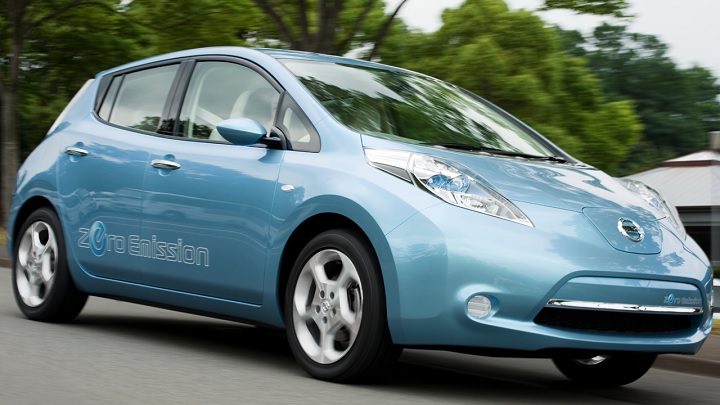 Autonomous cars is one of the hottest topics in the technological research world so much so that even web and internet companies like Google are pouring in huge amounts of research funds into building self-driving cars.

With so much money invested in autonomous cars, companies are working round the clock to get consumer-ready versions of their cars out as soon as possible and this could possibly be a good thing as a new research has claimed that fleets of such autonomous cars are not only economically beneficial, but will have a positive impact on environment as well.

According to a new study from Lawrence Berkeley National Laboratory (Berkeley Lab), the per-mile greenhouse gas emissions of an electric vehicle deployed as a self-driving, or autonomous, taxi in 2030 would be 63 to 82 per cent lower than a projected 2030 hybrid vehicle driven as a privately owned car and 90 per cent lower than a 2014 gasoline-powered private vehicle.

In the research, published in Nature Climate Change in an article titled, “Autonomous taxis could greatly reduce greenhouse gas emissions of U.S. light-duty vehicles,” authors Jeffery Greenblatt and Samveg Saxena note that the use of autonomous vehicles as part of a shared transit system seemed to be the biggest lever that pointed to lower energy use per mile.

The authors point out that right-sizing is cost-effective for both the fleet owner and for passengers, and small one- and two-seat vehicles are being explored by researchers and companies.

Greenblatt notes in the article that most trips in the U.S. are taken singly, meaning one- or two-seat cars would satisfy most trips giving us a factor of two savings, since smaller vehicles means reduced energy use and greenhouse gas emissions.

Another factor contributing to lower emissions for autonomous taxis is a cleaner electric grid. By 2030 power plants are expected to be using more renewable energy and emitting less pollution, meaning the greenhouse gas intensity of electricity will be lower.

Self-driving cars have additional efficiencies that have been covered in other research, such as the ability to drive closely behind other autonomous cars to reduce wind resistance (“platooning”), optimally routing trips, and smoother acceleration and braking. “These are all incremental, but they do add up,” Greenblatt said. “However, we didn’t even include these effects in our baseline results, and we still get huge savings without them.”

The researchers also conducted an economic analysis to determine how cost-effective autonomous taxis would be. At 12,000 miles per year, the average distance traveled in the U.S. for privately owned cars, electric vehicles in 2030 are still expected to be more expensive than owning and operating a gasoline-powered car, the study found.

But if the vehicle is driven 40,000 to 70,000 miles per year, typical for U.S. taxis, they found that an alternative-fuel vehicle (hydrogen fuel cell or electric battery) was the most cost-effective option. This was based on costs for maintenance, fuel, insurance, and the actual cost of the vehicle (assuming a five-year loan). The reason is that despite the higher cost of a more efficient vehicle, the per-mile cost of fuel is lower, so the savings can pay for the extra investment.

“You don’t often find that, where the cheapest is also the greenest,” Greenblatt said.

While autonomous technology is currently estimated to add as much as $150,000 to the cost of a vehicle, an autonomous taxi using today’s technology would still be cheaper than an ordinary taxi not simply due to its greater energy efficiency, but also due to the fact that no operator would be required. By 2030, autonomous taxis could be far cheaper than their driven counterparts.

The scientists did not try to estimate how widespread this technology would be in 2030. However, they did calculate that if five percent of 2030 vehicle sales (about 800,000 vehicles) were shifted to autonomous taxis, it would save about 7 million barrels of oil per year and reduce annual greenhouse gas emissions by between 2.1 and 2.4 million metric tons of CO2 per year, equal to the emissions savings from more than 1,000 two-megawatt wind turbines.

To estimate the number of trips taken by different numbers of occupants, the researchers analyzed National Household Travel Survey data from the Federal Highway Administration. The scientists then modeled hypothetical one- and two-seat vehicles based on Nissan Leaf parameters driving three test-drive cycles as defined by the Environmental Protection Agency (EPA) using Autonomie, a vehicle-modeling tool developed by Argonne National Laboratory that simulates energy consumption on a second-by-second basis.

Furthermore, the scientists explored the net energy effect of combining ride-sharing with right-sized autonomous taxis. For example, if 10 percent of one-person rides were shifted to two-person rides, the total miles traveled would decrease 3.1 percent while average energy consumption (due to the larger vehicle) would increase 0.6 percent, resulting in a net energy decrease of 2.5 percent.

Greenblatt said plans for further study on this topic are in the works, including exploring the effect of battery degradation, looking at optimal vehicle designs, and making a more realistic simulation of how a fleet of autonomous taxis would actually operate in a metropolitan area.