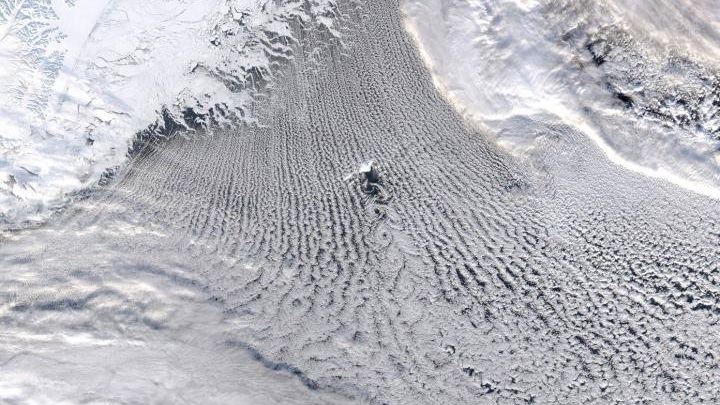 In a first of its kind study that examines and documents the change in the air-sea heat exchange and the subsequent impact on the climate, researchers have warned that retreating sea ice in the Iceland and Greenland could affect European climate.

An international team of researchers from Toronto, Great Britain, Norway and the United States have showed how retreating sea ice may be changing the circulation of warm and cold water in the Atlantic Ocean, which could could ultimately impact the climate in Europe.

Professor G.W.K. Moore of University of Toronto Mississauga’s Department of Chemical & Physical Sciences explains that a warm western Europe requires a cold North Atlantic Ocean, and the warming that the North Atlantic is now experiencing has the potential to result in a cooling over western Europe.

The professors added that because of global warming which is causing the retreat of the sea ice, there won’t be as much cold, dense water, generated through a process known as oceanic convection, created to flow south and feed the Gulf Stream. If convection decreases, says Moore, the Gulf Stream may weaken, thereby reducing the warming of the atmosphere, in comparison to today.

Previous studies have focused instead on the changing salinity of the northern seas and its effects on ocean circulation. Moore and his fellow researchers based their findings on wintertime data from 1958 to 2014 that was provided by the European Centre for Medium-Range Weather Forecasts and model simulations.

Traditionally, the Gulf Stream moves warm water north toward western Europe, says Moore, where it loses heat and moisture to the atmosphere, acting to moderate the climate in this region. The resulting colder, denser water sinks and returns south at a great depth eventually rising to the surface in the tropics, where the cycle, known as the Atlantic Meridional Ocean Circulation, begins all over again.

The Iceland and Greenland Seas are among the only places worldwide where conditions are right and this heat exchange is able to change the ocean’s density enough to cause the surface waters to sink. The largest air-sea heat exchange in these seas occurs at the edge of the sea ice.

In the past, this region of maximum heat exchange has coincided with the location where oceanic conditions are optimal for convection to occur. However, in recent years, the sea ice has retreated and with it the region of maximum heat exchange. As a result, there has been a reduction in the heat exchange over the locations where sinking occurs in the ocean. This has the potential to weaken oceanic convection in the Greenland and Iceland Seas.

“The heat exchange is weaker — it’s like turning the stove down 20 percent,” says Moore. “We believe the weakening will continue and eventually cause changes in the Atlantic Meridional Overturning Circulation and the Gulf Stream, which can impact the climate of Europe.”