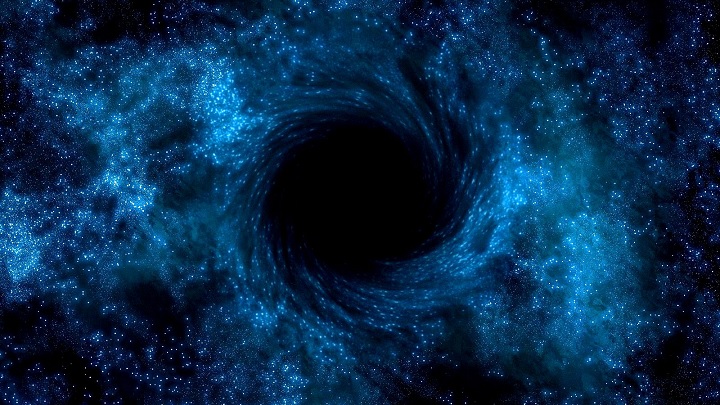 A black hole, which as been dormant for about 26 years, has suddenly started showing signs of activity through x-ray and gamma ray bursts the first of which were detected by the Burst Alert Telescope on NASAâs Swift satellite, followed by observations by Japan’s MAXI (Monitor of All-sky X-ray Image) aboard International Space Station (ISS) and subsequently European Space Agency’s (ESA) Integral satellite.

On June 15, V404 Cygni, a system comprising a black hole and a star orbiting one another located almost 8,000 light-years away in our Milky Way galaxy in the constellation Cygnus, the Swan started showing signs of renewed activity. The renewed activity was potted by the Burst Alert Telescope on NASAâs Swift satellite, detecting a sudden burst of gamma rays, and then triggering observations with its X-ray telescope. Soon after, MAXI (Monitor of All-sky X-ray Image), part of the Japanese Experiment Module on the International Space Station, observed an X-ray flare from the same patch of the sky.

These first detections triggered a massive campaign of observations from ground-based telescopes and from space-based observatories, to monitor V404 Cygni at many different wavelengths across the electromagnetic spectrum. As part of this worldwide effort, ESAâs Integral gamma-ray observatory started monitoring the outbursting black hole on June 17.

âThe behavior of this source is extraordinary at the moment, with repeated bright flashes of light on time scales shorter than an hour, something rarely seen in other black hole systems,â comments Erik Kuulkers, Integral project scientist at ESA. âIn these moments, it becomes the brightest object in the X-ray sky — up to fifty times brighter than the Crab Nebula, normally one of the brightest sources in the high-energy sky.â Artistâs impression of a black hole feasting on matter from its companion star in a binary system. Material flows from the star towards the black hole and gathers in a disc, where it is heated up, shining brightly at optical, ultraviolet and X-ray wavelengths before spiralling into the black hole. Part of the disc material does not end up onto the black hole but is ejected the form of two powerful jets of particles. CREDIT: ESA/ATG medialab

For the uninitiated, X-rays and gamma rays point to some of the most extreme phenomena in the universe, such as stellar explosions, powerful outbursts and black holes feasting on their surroundings and in contrast to the peaceful view of the night sky we see with our eyes, the high-energy sky is a dynamic light show, from flickering sources that change their brightness dramatically in a few minutes to others that vary on timescales spanning years or even decades.

The V404 Cygni black hole system has not been this bright and active since 1989, when it was observed with the Japanese X-ray satellite Ginga and high-energy instruments onboard the Mir space station.

âThe community couldnât be more thrilled: many of us werenât yet professional astronomers back then, and the instruments and facilities available at the time canât compare with the fleet of space telescopes and the vast network of ground-based observatories we can use today. It is definitely a âonce in a professional lifetimeâ opportunity,â adds Kuulkers.

The 1989 outburst of V404 Cygni was crucial in the study of black holes. Until then, astronomers knew only a handful of objects that they thought could be black holes, and V404 Cygni was one of the most convincing candidates.

A couple of years after the 1989 outburst, once the source had returned to a quieter state, the astronomers were able to see its companion star, which had been outshone by the extreme activity. The star is about half as massive as the Sun, and by studying the relative motion of the two objects in the binary system, it was determined that the companion must be a black hole, about twelve times more massive than the Sun.

At the time, the astronomers also looked back at archival data from optical telescopes over the twentieth century, finding two previous outbursts, one in 1938 and another one in 1956.

These peaks of activity, which occur every two to three decades, are likely caused by material slowly piling up in the disc surrounding the black hole, until eventually reaching a tipping point that dramatically changes the black holeâs feeding routine for a short period.

âNow that this extreme object has woken up again, we are all eager to learn more about the engine that powers the outburst we are observing,â says Carlo Ferrigno from the Integral Science Data Center at the University of Geneva, Switzerland.

âAs coordinators of Integral operations, Enrico Bozzo and I received a text message at 1:30 am on 18 June from our burst alert system, which is designed to detect gamma-ray bursts in the Integral data. In this case, it turned out to be âonlyâ an exceptional flare since Integral was observing this incredible black hole: definitely a good reason to be woken up in the middle of the night!â

Since the first outburst detection on 15 June by the Swift satellite, V404 Cygni has remained very active, keeping astronomers extremely busy. Over the past week, several teams around the world published over twenty Astronomical Telegrams and other official communications, sharing the progress of the observations at different wavelengths.

This exciting outburst has also been discussed by astronomers attending the European Week of Astronomy and Space Science conference this week in Tenerife, sharing information on observations that have been made in the past few days.

Integral too has been observing this object continuously since 17 June, except for some short periods when it was not possible for operational reasons. The X-ray data show huge variability, with intense flares lasting only a couple of minutes, as well as longer outbursts over time scales of a few hours. Integral also recorded a huge emission of gamma rays from this frenzied black hole.

Because different components of a black-hole binary system emit radiation at different wavelengths across the spectrum, astronomers are combining high-energy observations with those made at optical and radio wavelengths in order to get a complete view of what is happening in this unique object.

âWe have been observing V404 Cygni with the Gran Telescopio Canarias, which has the largest mirror currently available for optical astronomy,â explains Teo MuÃ±oz-Darias from the Instituto de AstrofÃ­sica de Canarias in Tenerife, Spain.

âThere are many features in our spectra, showing signs of massive outflows of material in the black holeâs environment. We are looking forward to testing our current understanding of black holes and their feeding habits with these rich data,â adds MuÃ±oz-Darias.

Radio astronomers all over the world are also joining in this extraordinary observing campaign. The first detection at these long wavelengths was made shortly after the first Swift alert on 15 June with the Arcminute Microkelvin Imager from the Mullard Radio Astronomy Observatory near Cambridge, in the UK, thanks to the robotic mode of this telescope.

Like the data at other wavelengths, these radio observations also exhibit a continuous series of extremely bright flares. Astronomers will exploit them to investigate the mechanisms that give rise to powerful jets of particles, moving away at velocities close to the speed of light, from the black holeâs accretion disc.

There are only a handful of black-hole binary systems for which data have been collected simultaneously at many wavelengths, and the current outburst of V404 Cygni offers the rare chance to gather more observations of this kind. Back in space, Integral has a full-time job watching the events unfold.

âWe have been devoting all of Integralâs time to observe this exciting source for the past week, and we will keep doing so at least until early July,â comments Peter Kretschmar, ESA Integral mission manager.

âThe observations will soon be made available publicly, so that astronomers across the world can exploit them to learn more about this unique object. It will also be possible to use Integral data to try and detect polarization of the X-ray and gamma ray emission, which could reveal more details about the geometry of the black hole accretion process. This is definitely material for the astrophysics textbooks for the coming years.â