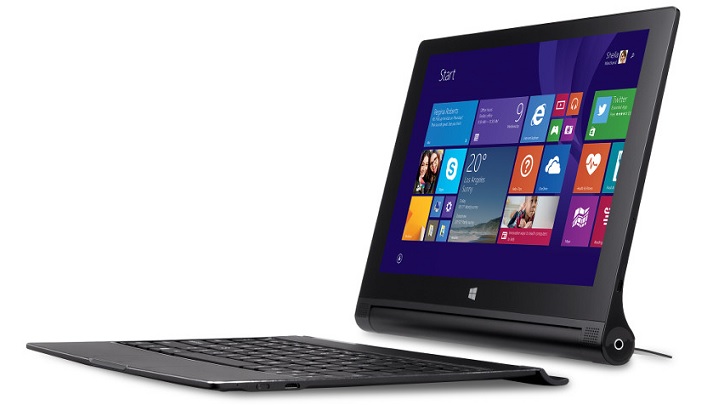 According to a new report by Gartner, worldwide shipments of 2-in-1 hybrid devices would surpass 21.5 million units mark in 2015 owing to a number of reasons including launch of Windows 10, Intel chips, and increased customer appetite.

If the sales numbers end up as predicted by Gartner, it would mark an increase of 70 per cent from 2014. The market research company further revealed that hybrid devices will account for 12 per cent of total sales of mobile PCs in 2015, rising to 26 per cent in 2019.

“The combination of portability, productivity and flexibility of touch and a keyboard in one device is attracting some notebook and tablet users to replace their devices with hybrid form factors,” said Ms. Tsai. “PC vendors are expanding into this segment with a value proposition to compete with Apple and Android-based tablet vendors. Sales of hybrid devices have not stopped growing since 2012, totaling 12.6 million units in 2014 and expected to reach 58 million units in 2019.”

Gartner analysts added that, despite hybrid devices achieving strong growth, clamshells will remain the mainstream form factor, accounting for 87 percent of mobile PCs in 2015 and 74 percent in 2019.

PC vendors are expanding into hybrid devices for notebook and tablet users â the primary targets for the hybrid form factor. According to a Gartner survey of more than 21,000 respondents across five countries (U.S., China, Brazil, India and Germany) conducted in the third quarter of 2014, as many as 11 percent of tablet users, 10 percent of desktop users and 8 per cent of notebook users are considering replacing their current device with a hybrid device in the next two years.

In the enterprise segment, IT departments are struggling to make a compelling case to purchase hybrid ultramobiles for users because the PC installed base is predominantly Windows 7 and legacy applications are not touch-based.

“However, this will change when businesses start to migrate to Windows 10,” said Ms. Tsai. “Windows 10 on hybrid ultramobiles will offer a better user experience with touch and voice as well as universal Windows apps â apps written just once that receive device-specific user experience tweaks to allow them to run on different Windows devices.”

Businesses will also need to prepare for the end of extended Windows 7 support by January 2020. It is now a good time to look beyond the clamshell notebook to consider if other form factors will make a better productivity fit.

To keep up its market share, Asus needs to increase investment in convertible-type hybrids with smaller screen sizes of less than 13 inches, and broaden the price bands it addresses. Currently, hybrid ultramobiles are accounting for 15 percent of Asus’ mobile PC shipments in 2014, the highest mix ratio among all PC vendors.

HP was the third-largest player in the hybrid ultramobile market in 2014, selling 800,000 units. In 2014, HP significantly expanded its product line in this segment with a broad range of consumer models across a variety of price points, from $199 to $1,999. This enabled the company to rise from the No. 7 position in 2013.