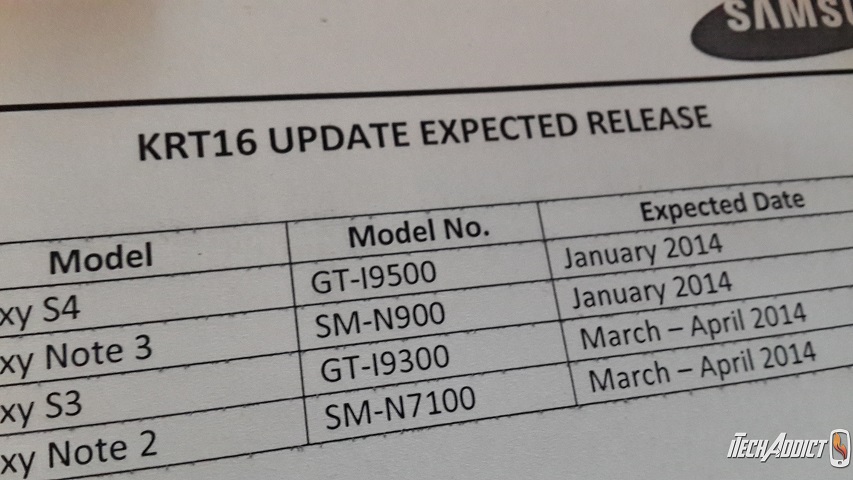 Samsung gadgetry including its Galaxy S4 smartphone and Note 3 phablet are bound to get Android 4.4 KitKat update as early as early 2014, a new leak claims.

iTechAddict has leaked a photo of what seems to a Samsungâs memo showing tentative release months of Android 4.4 KitKat update for Galaxy S4, Galaxy Note 3, Galaxy S3 and Galaxy Note 2. According to the photo, Galaxy S4 and Note 3 will receive the update in January 2014 while their respective predecessors are bound to get the update sometime in March or April 2014.

If the release does happen, it would be rather unusual on Samsungâs part considering that the devices just received Android 4.3 updates. However, the argument could be that Samsung wants to update all of its latest gadgetry to Android 4.4 KitKat to maintain uniformity as far as operating platform is concerned.

Samsung Galaxy S4 and HTC One Play editions have already started receiving their Android 4.4 KitKat updates from yesterday in a staggered fashion.