HP gets a breather as company beats analyst expectations 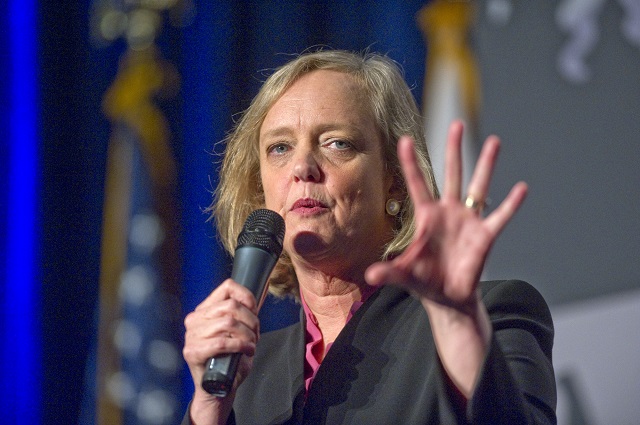 Hewlett Packardâs last quarter results as announced on Tuesday recorded a sales drop as compared to last year, but also showed signs of some improvement.

The companyâs enterprise division which includes servers, storage and network gear reported a growth in sales for the first time in the last two years. HPâs PC division, which has been facing a downturn due increasing popularity of tablets, shrank less as compared to prior quarters.

HPâs overall revenue recorded for the quarter ending October 31 stood at $29.1 billion down 3 percent as compared to last year. However, the results were better than the $27.9 billion predicted by financial analysts polled by Reuters.

Net income for the last quarter was recorded at $1.4 billion, compared to a loss of $8.9 billion in the same quarter last year. HP recorded huge loss last year when it was charged with impairment for its acquisition of UK software firm Autonomy.

HPâs per share earnings for the quarter was recorded at $1.01, down 13 percent from last year but much better than analysts had forecast.

Owing to the increased sales of x86 servers and network gear, the companyâs enterprise group reported revenue increase of 2 percent.

HPâs Personal Systems divisionâs revenue dropped around 2 percent with a continuous decline in Consumer PC sales. However the companyâs commercial business picked up by 4%.

Though this year has been a tough one for HP in terms of global business, the company has taken a few important steps to get back on track. This included elimination of 29,000 jobs to reduce overall costs and increase in spending on research and development practice and on products like its Moonshot hyperscale servers, 3Par storage gear and Vertica analytics systems.

HP has also announced a regular cash dividend payout of $14.52 per share on the companyâs stock.
Meg Whitman, HP CEO, said in a statement âThrough improved execution, strong cost management, and with the support of our customers and partners, HP ended fiscal 2013 on a high noteâ.

âWe have more to do on the margins but we are happy,â and âWe had a good quarter in networking, particularly in China and in Europeâ, Whitman added.