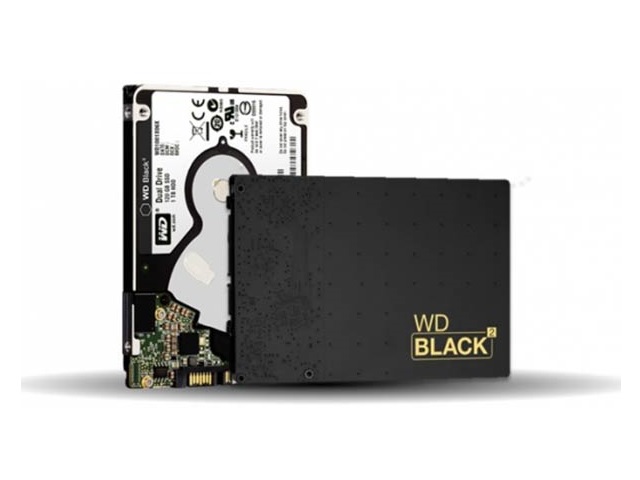 With a height of 9.5-mm the Dual Drive is compatible with almost all laptops, all-in-one desktop PCs, and can be used with all desktop PCs through a variety of different means. The drive connects through a single cable and has a SATA interface speed of 6Gbps.

Western Digital claims that the Dual Drive is 17 times faster than traditional hard drive and costs one third per gigabyte as compared to an SSD. Dual Drive will work with all Windows systems and will retail at Â£249.99 ($299). The drive can be ordered directly from wdstore.co.uk and online retailers like amazon.co.uk soon. Unfortunately the Dual Drive doesnât support Macs.

Users, when the first install the drive, will only see the SSD part. They will be required to insert the supplied USB key and proceed with installation of WDâs driver to ensure that their system recognizes the entire drive.

One limitation of the Dual Drive is that it cannot be used in RAID environments, which makes it unusable in network-attached storage (NAS) and storage area networks (SANs). However, one good thing is that both the SSD and HDD portions have separate controllers ensuring that if the spinning disks fail, SSD will keep on functioning.