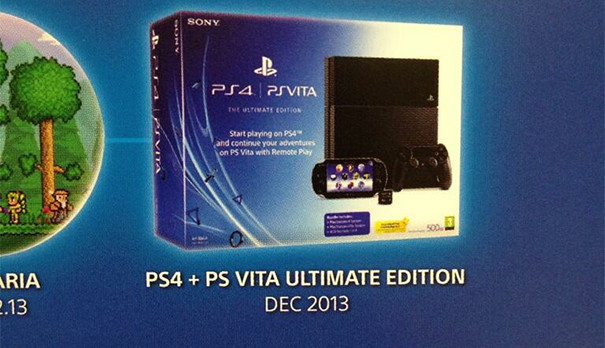 Sony has plans of offering its PS Vita along with the PlayStation 4 before end of this year by selling the gaming consoles through an âultimate bundleâ, it has been revealed.

According to a report on MCV, Sony is planning to launch a PlayStation 4/Vita ‘Ultimate’ bundle just before the Christmas holiday season with a sales strategy highlighting the fact that gamers will be able to stream their PlayStation 4 games through to their PS Vita and play them off-screen.

The report notes that Sony is already running a TV ad campaign titled âThe Best Way to Playâ with a cost of Â£2.5m. The campaign will promote PS Vitaâs connectivity with PS4 and the handheld consoleâs big Q4 exclusive, Tearaway.

Senior product manager Ben Law was quoted as saying âWeâve got a great campaign with key messaging around new releases like Tearaway, the ever-growing game catalogue and the Remote Play service.â

This weekâs issue of MCV has an image of the âUltimateâ bundle, notes Video Gamer, confirming that it is slated for December release, but doesnât mention any price.