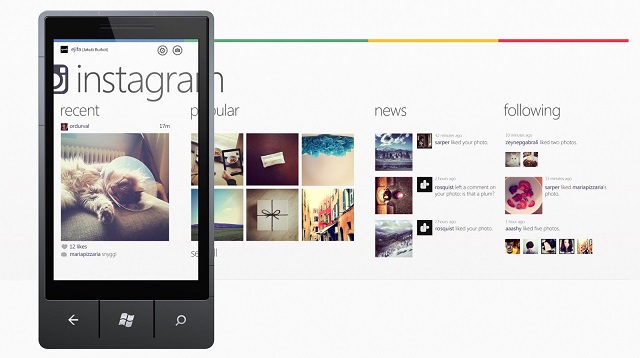 Good news for Windows phone users. Finally, users will be able to install and use one of the most popular photo-sharing app, Instagram, on their Windows phone starting November 20.

Windows will be the third platform; Instagram is heading towards after launching its app for iOS and Android platform in 2012. Google owned social-powered traffic app, Waze, has also arrived on the Windows Phone Store.

However, a Microsoft spokesperson has confirmed that the just-released official Instagram app for Windows phone is just a âbetaâ versionâ of the app and will lack several key features including Video capture and uploading, tagging photos, viewing geo-tagging and in-app camera capture features.

“Windows Phone users will be directed to their camera roll instead of a camera interface initially, where they have the option to either select an existing photo or take a new photo to apply filter to before sharingâ, the spokesperson said.

An Instagram Spokesperson said “users can upload photos from their camera roll, but you cannot take a photo with the app. The app also allows Windows users to view videosâ.